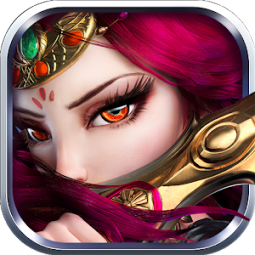 Check out the download rank history for Romance of Heroes in United States.

Rank History shows how popular Romance of Heroes is in the Google Play, and how that’s changed over time. You can track the performance of Romance of Heroes every hour of every day across different countries, categories and devices.

Romance of Heroes is a battlefield where you can summon three kingdoms legendary heroes and choose whichever weapons you like to defeat strong evil bosses and fight along with trusted teammates to establish a whole new legendary dynasty by ending chaotic wars.

SWITCH BETWEEN MULTIPLE WEAPONS WITH JUST ONE TAP!
- Hack through enemies as the mighty Warrior.
- Knock and kick with dazzling Kungfu combos.
- Slash your foes with the lightning-fast Dual Blade.
- Summon storms and thunderbolt as the Fan Mage.
- Shoot enemies down with the magic Firelock.

REAL TIME PVP BATTLES
- Enter the arena to battle other players online in epic matches.
- Experience the ultimate combat system: 1 VS 1 PK, 3 VS 3 Cross-Server PVP at all time.

GUILDS
- Create a guild and invite other players to join.
- Lead your guild in GvG events to dominate leaderboards.

Find out what users think of Romance of Heroes by reading the reviews and checking the rating.

My favorite game ever i had seen woow