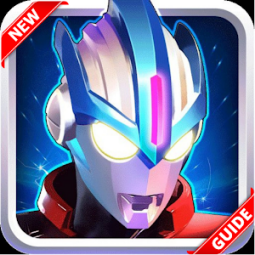 Check out the download rank history for Guide Ultraman Legend in United States.

"Ultraman Legend of Heroes" is a 3D activity versatile game dependent on the great national dream tokusatsu "Ultraman" arrangement, formally approved by Tsuburaya Productions Co., Ltd. Exemplary and incredible ultraman meet up, each character model, activity, ability and naming, carefully follow the great scene immaculate rebuilding. Permitting you to encounter the first Ultraman plot, while indicating you a genuine greatness Ultra World, let you be in it and be energized.

Thanks you for Cooming :)

I'm a fan of the game Ultraman Galaxy. I made this game guide for my interests and share experiences with others.

Ultraman Galaxy is a puzzle role-playing game released on Novemeber 20, 2013 for mobile devices. Featuring the battle between the Beings of Light and the forces of Ultraman Belial, this social card game features over 400 cards that players can upgrade.

NOTE : This is just a guide of the game ' Ultraman Galaxy ' . NOT the original game.

Try it and you will never regret it

Find out what users think of Guide Ultraman Legend by reading the reviews and checking the rating.