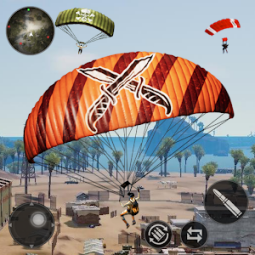 Do you like new fps shooting games? Now FPS Gun Strike is a new battle shooter with tactical to stop terrorism.In this game, you are a well trained special forces commando and equipped with modern weapons.Your mission is to destroy enemy camps to save your country from terrorism.It's free to play!

Show your shooting skills as one of the best first-person shooters in 2021! Shoot up enemies every exciting combat scenes.The combat is real, and fight the global terrorism and become the ultimate counter terrorist!

FPS Gun Strike is a anti-terrorism FPS shooting game.Your Target is to destroy all the enemy camps so that they can never harm your country again.Challenge your shooting and war strategy skills here! Train yourself to be the best, Just like the Professionals. A top shooter can fight by himself with a whole army! Enjoy this battle game!

Join our special force to strike international terrorism as the role of a secret commando in this offline mission 2021.Your duty is to serve your country and kill the enemy in this army among one of the shooting activity.There are military weapons for you to win,including range of deadly weapons, modern guns, combat arsenal and much more.as MP5, M4A1, AWM Sniper, M107 Sniper, RPG, AK47,AWP, Pistol, and Grenades.


Download now for free one of the best fun FPS shooting games and Prove you as a dashing and professional contester of commando survival games.

Find out what users think of FPS Gun Strike: Offline Encounter Shooting 3D by reading the reviews and checking the rating.