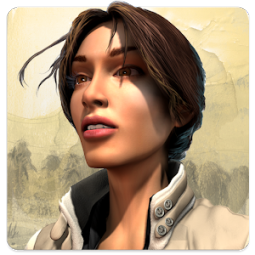 Check out the download rank history for Syberia (Full) in United States.

Rank History shows how popular Syberia (Full) is in the Google Play, and how that’s changed over time. You can track the performance of Syberia (Full) every hour of every day across different countries, categories and devices.

Kate Walker, a young ambitious lawyer from New York, is handed what seems a fairly straightforward assignment - a quick stopover to handle the sale of an old automaton factory hidden in the Alpine valleys, then straight back home to the US. Little did she imagine when embarking on this task that her life would be turned upside down. On her expedition across Europe, traveling from Western Europe to the far reaches of Eastern Russia, she encounters a host of incredible characters and locations in her attempt to track down Hans, the genius inventor - the final key to unlocking the secret of Syberia.

Her voyage across land and time throws all she values into question, while the deal she sets out to sign turns into a pact with destiny.

Syberia is an exciting and long adventure with varied high quality graphics. It also includes the integral dubbing of characters in English, French, Italian, Spanish and German. Its installation requires a minimum of 2GB of storage space on your device.

Amerzone The Explorer's Legacy
Atlantis 2: Beyond Atlantis
Atlantis 3: The New World
Atlantis 4: Evolution
Atlantis 5: The Secrets of Atlantis - The Sacred Legacy
Aztec The Curse in the Heart of the City of Gold
Dracula 1: Resurrection
Dracula 2: The Last Sanctuary
Dracula 3: The Path of the Dragon
Dracula 4: The Shadow Of The Dragon
Dream Chamber
Egypt 2: The Heliopolis Prophecy
Egypt 3: The Prophecy
Jules Verne's Journey to the center of the moon
Jules Verne's Mystery of the Nautilus
Jules Verne's Return to Mysterious Island
Jules Verne's Return to Mysterious Island 2
Louvre The Messenger
Necronomicon: The Dawning of Darkness
Nicolas Eymerich: Inquisitor, Book 1: The Plague
Nostradamus The Last Prophecy
Road to India Between Hell and Nirvana
Versailles 2
Still Life 2 - Director's Cut

Find out what users think of Syberia (Full) by reading the reviews and checking the rating.

Give me back Syberia 2, which I paid for.

Doesn't even work on newer versions of mobile,Game is unplayable in this state.

Great game, really flawed port. Could not rotate the screen - it was like trying to play a really squished image and much of the picture was cut off. Shame. I was looking forward to a mobile play through - oh well, at least I have other means of playing it. Just buy on another platform - odds are re…

Please google if you can please help me after a few attempts I have succeeded in downloading and purchasing Syberia ,each attempt at play earns me a note that Syberia has stopped please could you look into this matter and refund me my money if I am not at fault thank you kindly Richard cheers

Where is syberia 2????why did i PAY for something i cannot use???