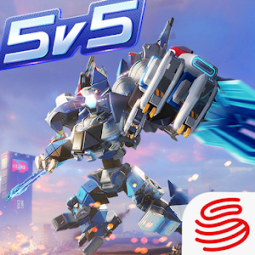 Check out the download rank history for Astracraft in United States.

Rank History shows how popular Astracraft is in the Google Play, and how that’s changed over time. You can track the performance of Astracraft every hour of every day across different countries, categories and devices.

Greetings, ARMS engineer!
Welcome to "Astracraft: 5V5 ARMS Tournament". Glad to be protecting the peace of the galaxy with you! Death's Legion vs. White Knights—Rivals of a millennium in the galaxy. A plot and war are brewing in the dark.War of the ARMS is about to unveil. You can start with the parts, build your ARMS and send them into battle. Gather your comrades into a team of 5 to join this epic galactic war against the unknown forces deep within the universe...

[!create!]
Put on powerful boosters, the latest glider tech, and turn into the angel of justice, ruler of the skies! Soar as high as you can, expand your field of view, and scour the land for prey and danger with eagle-like acuity. Once you find your target, aim, lock, and fire hundreds of laser-guided missiles to show your opponent the meaning of "shock and awe"!

[!build!]
Rampage! The ARM Berserk has arrived in all its glory! Carry the game with your mad DPS, snipe the enemies from a thousand miles away! Homing AI missile clusters, artillery barrage, get your penta-kill now! Initiate Dark Energy Cannon under the rain of fire, pierce through the enemy ARMS with a single shot. With so much firepower, who's going to stop me?

[!install!]
Strike from the shadows, bleed them without a trace. The greatest melee Assassin ARMS has arrived! Claymore of Light in one hand, Anti-matter Spray in the other. One-touch cloak, and engage your boosters for fast propulsion. A moment of negligence from your enemy will spell their doom! Release a Hallucinating Fog, attack from every angle, fast and deadly, leaving only sparks and scattered remains along your path...

[!assemble!]
To destroy or to protect? There's only one choice on the life-or-death battlefield: Protect your teammates till death! Light Shield ON! Defend against all projectiles, absorb tonnes of damage! Release Special Plasma to help your teammates repair, send out Cunning Illusions to draw enemy fire. Create a miraculous comeback with the last drop of your energy!

5V5, ARMS, shootout, competitive play. Join your friends in this interstellar war that decides the fate of the universe.
Modify, enhance, improve your ARMS in a grinder of guns and steel.
Learn to cooperate with your teammates in your brushes the death.
Obliterate! Capture! Modify! Grow! Become the strongest ARMS force in the universe, become the invincible legend!

Find out what users think of Astracraft by reading the reviews and checking the rating.

I give this game a 5 star because it's hard to find game that based on skill not money like pubg.

AWSOME GAME but be warned takes a lot of time to install (for very unpatient me) because its a big file. So, please don't get this if you're low on storage.

This is a fun game. You can build for the skies

The game cheats I shoot but it's saing you lose. Game sucks