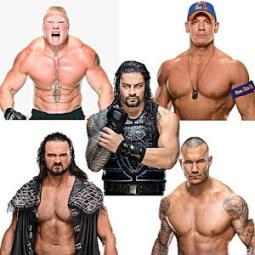 WWE Superstar wrestler puzzle game build for everyone. Everyone can play WWE puzzle wrestler game for free. WWE is the Entertaining wrestling sport and so enjoyable WWE flights.

The wrestler fighting in WWE enjoys watching the fight very much.
WWE is very popular in the sports world.

🔥 After touching, some photos cut out will be loaded
at that place.

🔥 Identify the WWE Wrestler in the image shown.

🔥 Write the name of the WWE Wrestler in the blank space.

🔥 The next level will open when the name of the written wrestler is the correct.

Find out what users think of Wrestling 2020 puzzle for wwe puzzle wrestler Quiz by reading the reviews and checking the rating.