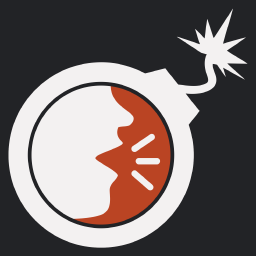 Keep Talking and Nobody Explodes

Check out the download rank history for Keep Talking and Nobody Explodes in United States.

You’re alone in a room with a bomb. Your friends, the “Experts”, have the manual needed to defuse it. But there’s a catch: the Experts can’t see the bomb, so everyone will need to talk it out – fast!

Rounds are fast-paced, tense, occasionally silly, and almost always loud. Whether it’s defusing a bomb or deciphering information from the manual, everyone has a crucial role to play.

Put your puzzle-solving and communication skills to the test as you and your friends race to defuse bombs while attempting to communicate quickly before time runs out!

• Challenging puzzles – Test the limits of your communication skills… and friendships?

• A pocket party game for two or more local players – Bring it to your next game night, party, or event to play with friends.

• Mobile portability – Shield your screen from the prying eyes of your Experts.

• Only one copy of the game needed – Have friends join in as “Experts” with their own device by viewing the manual at bombmanual.com

• In-person, multiplayer only – A team game intended for players in the same physical space. Online play is not supported.

• Mission and Free Play Modes – Missions increase in difficulty as players face new modules and constraints are introduced. Unlock Freeplay Mode to set your own pace by creating custom bombs.

• Daydream VR optional – A great way to experience VR with all of your friends!

Bomb Defusal Manual can be printed or viewed for free at www.bombmanual.com

Keep Talking and Nobody Explodes was featured in Google Play on 1 placements in United States on Aug 17, 2017.

Find out what users think of Keep Talking and Nobody Explodes by reading the reviews and checking the rating.

I have a question. Does the game support different devices? (Aka. Nintendo Switch + Phone)

Good game but expensive on the phone.

Great game, communication is key, and you need to be able to stay calm under pressure otherwise you risk exploding.