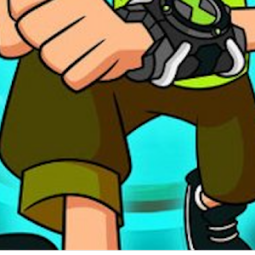 Defeating and compete alien enemies with difficulty as a hero benny. Use all 10 aptitude, kung fu, karate to running on sub rails and fight to regain control of the city and the extreme superhero position.

Use deadly street running skills techniques Feel that you have the power in This run battle simulation does incredible tricks to defeat your highscore opponent.

Ben is the best for this type of mission. With your help, you can protect the world and make people live peacefully again by reach to the end of the subway rail.

In the world under the road control It's a great hero. It's time for you to show great power and great strategies to protect and running from police people and the whole world. Use incredible fighting skying skills and accurate jump skills to eliminate crime obstacle running and fighting. And become the bravest and most brave ben war 10 hero runner

Download game for free and have fun with friends right now!

Find out what users think of Hero Alien Subway Force Dash Run by reading the reviews and checking the rating.

Amazing endless running game with wonderful graphics. Probably one of the best endless running game ever played on my device.With each update, the game had become more and more cool with interesting tasks to finish off and I have lots of memories connected with subway hero alien .

This game definitely has many flaws with its physics, but it's so enjoyable getting one high score after the other, and progressing through this game unlocking more and more items. It holds a special in my heart because I even played this the first time it came out.

This game is really good, the graphics are so cool and I love all the characters styles. I love that everything is so bright and colourful it just makes it better, I love how fast it gets and I love challenging my friends to see who goes on for longer. I would definitely recommend this game to someone who likes a challenge 👍🏼best subway hero alien game to play❣️

Best mobile game of this decade and the decade to come. I don't really think any mobile can top this game yet, unless virtual gaming really develops and become easier to access and use 🏆🏆🏆. Literally the only game you want on every brand new phone and the one game you can't delete from your phone.