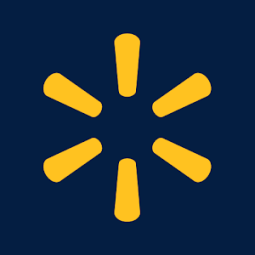 Check out the download rank history for Walmart Shopping & Grocery in United States.

Our award-winning shopping app helps you save time and money.

Millions of items available with free delivery or store pickup.

Transfer money without the long wait or the paperwork with Express Money Services.

Free delivery on eligible orders $35 and up.

Save time shopping at your local Walmart with store assistant.

Use Walmart Pay for touch-free checkout.

Reserve a time that best works for you.

We’ll do the groceries shopping.

No markups or hidden fees.

Do Not Sell My Personal Information

Please scroll down to the footer of our Privacy Policy below to find the "Do Not Sell My Personal Information" link.

Walmart Shopping & Grocery was featured in Google Play on 3 placements in United States on Aug 20, 2018.

Find out what users think of Walmart Shopping & Grocery by reading the reviews and checking the rating.

I enjoy the shopping and the prices are great.

Crashes a lot. Freezes up also. When it does work it's very helpful.

Last transaction on Money gram keeps popping up. after weeks I used the service pretty much every time I open the app ... Also there's another bug on Walmart pay.. after I enter my fingerprint to pay on the registerers the camera goes black and doesn't scan .. I have to reopen the application once more and reenter my fingerprint again to make it work ... It needs to be fixed it's getting annoying

Runs smoothly and can be stored on SD card. Check-in curbside pickup. Shop for delivery or pickup.