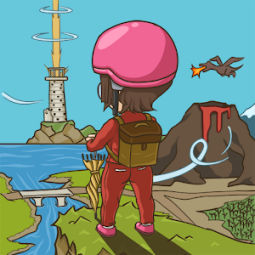 Summoned to another world!

Check out the download rank history for Summoned to another world! in United States.

"Summoned to another world!" has been released.

The protagonist, who was returning by riding a motorcycle, is summoned to a different world and destroys the magic stone that was used for the summoning.
The summoned protagonist must collect magic stones that are shattered and scattered in order to return to his world from another world.

Touch and drag "Summoned to another world!" to determine the direction and power, and make the character jump.
You can attack the enemy in the direction you want to move or jump to the position you want to get a piece of magic stone, and you can reach the target point and clear the stage.

Enjoy the fun of the timing of jumping and the moment of attacking the enemy!

Find out what users think of Summoned to another world! by reading the reviews and checking the rating.

I love this game it's my first time playing it and I'm loving. it try it out!!