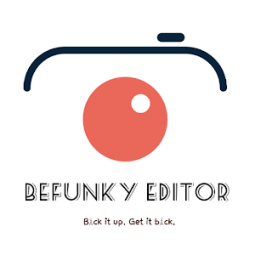 Check out the download rank history for Befunky Editor in United States.

Rank History shows how popular Befunky Editor is in the Google Play, and how that’s changed over time. You can track the performance of Befunky Editor every hour of every day across different countries, categories and devices.

A Picture Editor, also known as a Photo Editor, is a professional who collects, reviews, and chooses photographs and/or photo illustrations for publication in alignment with preset guidelines. Publications include, but are not limited to, websites, books, magazines, newspapers, art galleries, museum catalogs, and corporate products, such as catalogs and annual reports. In choosing photographs and illustrations, picture editors take into account their publication’s standards, needs, and budget.
Tasks and skills Required
1.A Picture Editor/ Photo Editor hires professional photographers for assignments. The main types of assignment work and skill sets to arrange are location shoots and studio shoots. The Photo Editors' skill set for location shoots may involve obtaining permissions, permits, and scheduling subjects, scheduling travel, and creating a shot list. and organizational skills to produce a photo shoot which means may involve hiring studios, models, prop and wardrobe stylists, set builders, and hair and makeup professionals. The Picture Editor/ Photo Editor has a thorough knowledge of photographers working in many genres and located in many part of the globe; they understand copyright and legal standards for all types of photographic usage and may also need to be familiar with moving images.
2. A Picture Editor/ Photo Editor knows how to find the most relevant image to suit the content they have to illustrate. A Picture Editor/ Photo Editor may oversee the edit and sequencing of images in stories, including photo essays, or photo books. The Picture Editor/ Photo Editor manages licenses, clears copyrights, and works within a budget.
3.Sometimes photo editors are in charge of an image data base ; they are called photo librarians
4.Image editing encompasses the processes of altering images, whether they are digital photographs, traditional photo-chemical photographs, or illustrations. Traditional analog image editing is known as photo retouching, using tools such as an airbrush to modify photographs or editing illustrations with any traditional art medium. Graphic software programs, which can be broadly grouped into vector graphics editors, raster graphics editors, and 3D modelers, are the primary tools with which a user may manipulate, enhance, and transform images. Many image editing programs are also used to render or create computer art from scratch.
5. Image editor features
Listed below are some of the most used capabilities of the better graphics manipulation programs. The list is by no means all-inclusive. There are a myriad of choices associated with the application of most of these features.

Selection
One of the prerequisites for many of the applications mentioned below is a method of selecting part(s) of an image, thus applying a change selectively without affecting the entire picture. Most graphics programs have several means of accomplishing this, such as:
a marquee tool for selecting rectangular or other regular polygon-shaped regions,
a lasso tool for freehand selection of a region,
a magic wand tool that selects objects or regions in the image defined by proximity of color or luminance,
vector-based pen tools,
as well as more advanced facilities such as edge detection, masking, alpha compositing, and color and channel-based extraction. The border of a selected area in an image is often animated with the marching ants effect to help the user to distinguish the selection border from the image background.
image editor with text edit
image editor app free
image editor byte mobile
image editor black and white
image editor color
image editor cut out
image editor draw
image editor drawing
d image editor

Find out what users think of Befunky Editor by reading the reviews and checking the rating.

The worstest app I've ever come across in my life. After downloading twice it still doesn't open still asking me to download again. Waste of time app avoid it 💯❌

Absolutely nonsense it's unable to open