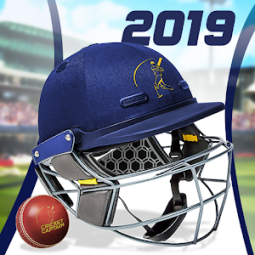 Check out the download rank history for Cricket Captain 2019 in United States.

Cricket Captain 2019 is the perfect companion for a hugely anticipated cricket season. With the World Cup and Australia in England, and the inaugural test-match championship, old rivalries will be put to the test and new ones created.

New tactical elements have been added, including an additional batting aggression setting, target run-rate indicator, re-balanced one-day match engine, and left-handed wrist-spin bowler type. There are extensive additions to the database, including additional player records broken down by domestic team played for. Put your tactical expertise to the test in the number one cricket management game.

The latest changes to all domestic structures have been added, including the addition of the new South African 20 over league and additional Indian domestic teams.

Cricket Captain is unrivalled in cricket management simulation, and Cricket Captain 2019 improves the series once again with all the attention to detail that is the trademark of the series.

Find out what users think of Cricket Captain 2019 by reading the reviews and checking the rating.

Showing "Error Purchasing Cricket Captain" during gaming even after purchasing. Please fix it.

Its not okay 😔 its issuinG