Zombie Sniper 3D is a fun sniper games, you need kill all enemy to reach target score in limited time. 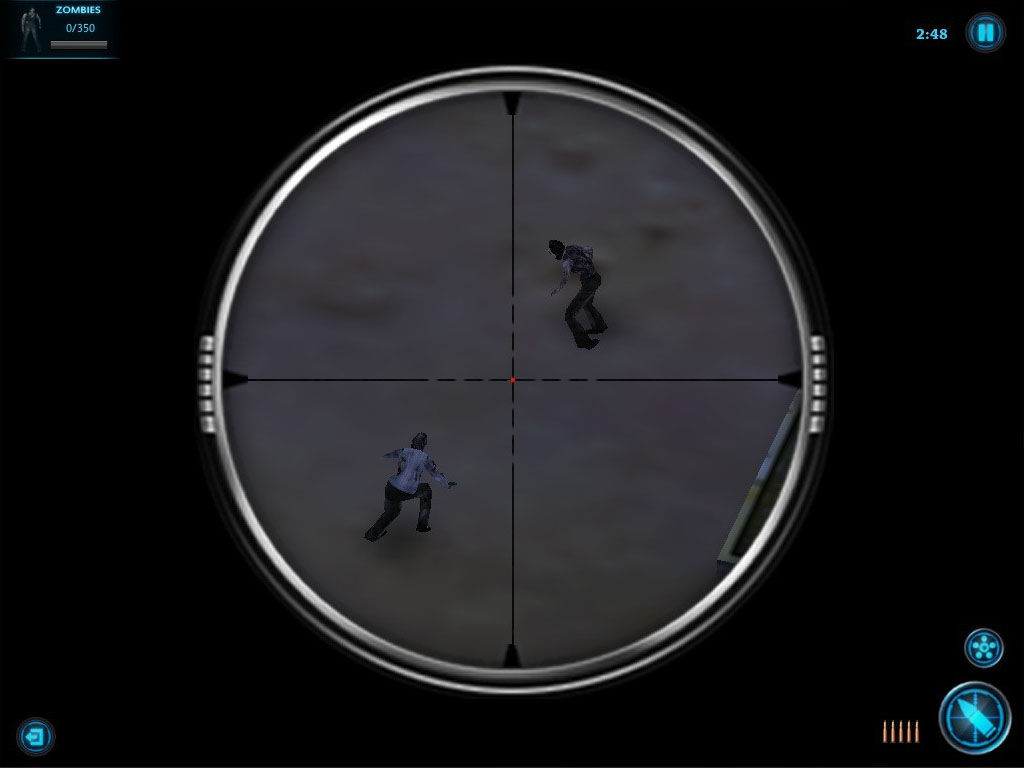 Zombie Sniper 3D is a fun sniper games, you need kill all enemy to reach target score in limited time.

What words do people use when trying to find an app?
The right keywords can help an app to get discovered more often, and increase downloads and revenue. App Annie tracks millions of keywords so you can get more downloads for your app, and understand what keywords your competitors are using.
No ratings for this app...
Has potential, but
But it needs to provide some instructions and to be more consistent. I was able to figure out how to play but it took some time. Bigger gripe is that it is inconsistent. Sometimes a close miss is scored as a hit while, other times, a direct hit goes as a miss. Sometimes the tilt control acts with sensitivity, other times it can be frustratingly sluggish. Even when you want to play faster, you can't. Could be a great game, if improved.
It would be good...
...if the controls were more intuitive, like I can't figure out how to move when zoomed in.
Terrible
This game is horrible, it doesn't work properly and is overpriced.
Aiming problems
I can aim right and left and up, but it won't go down. I think it needs some sort of calibration. And the fire, reload, and the button to zoom in and out and incredibly small and not very well positioned.