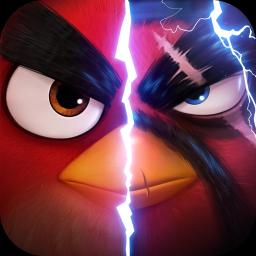 Check out the download rank history for Angry Birds Evolution in United States.

Angry Birds Evolution was featured in iOS on 4 placements in United States on Aug 19, 2018.

Also featured in 85 other countries, and probably even more in the past.

Find out what users think of Angry Birds Evolution by reading the reviews and checking the rating.

I enjoy the competition.

Towards the end of the game it gets really confusing

This is a great game

I absolutely love this game but I purchased a golden ticket for the hatchery. I received low level birds. Not a single high ranking bird like it says. There is no way to contact support for the game. I do not appreciate spending money and not receiving what I was promised. I’m not happy.

Apparently you have declared your updates and the app stores versions as hacked giving me no earned rewards, blocking 2/3rds of the game, ect.....Very unprofessional.Anyone paying for this is a fool.SSDD We are on a rollercoaster of shut offs now......funny you guys..The only hack in this game is from you hacks.....My experience is the same as others forced to give one star...if my game is hackedhow about telling me how to benefit from it. So far the original game no longer exist. The island is useless. I can't play event levels past fifty.Tournament battles are iffy. yada yada...I want to thank you ahead of time for not delivering on earned event awards. Being hacked by Rovio and the App store so that I am forced to forfiet event rewards and denied island play is pretty wonderful.