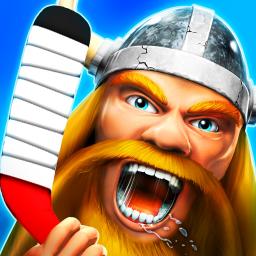 Check out the download rank history for Arcade Hockey 21 in United States.

Rank History shows how popular Arcade Hockey 21 is in the iOS, and how that’s changed over time. You can track the performance of Arcade Hockey 21 every hour of every day across different countries, categories and devices.

Jump into the intensity of Arcade Hockey and choose from an awesome and wacky roster of characters!

In this 3-on-3 game there are no rules to get in the way of the fun. So, take to the Ice with a wacky bunch of players, each with their own unique special ability, and battle it out to win the game.

Collect and play with over 20 different unique characters to assemble your ultimate Arcade Hockey team! From Dinosaur to a Mob Boss there’s a ton of variety.

Play in five themed leagues and, along the way, play Big Boss Battles and defeat
the boss for the big rewards.

IMPORTANT
This game is free-to-play but does include optional in-app purchases, which can be purchased with real money.

Find out what users think of Arcade Hockey 21 by reading the reviews and checking the rating.

Fun game but it drains my battery so badly.

Since there’s no hockey games its pretty good