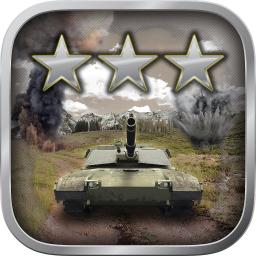 Check out the download rank history for Assault Commander Ultimate in United States.

This is a great Assault Commander collection pack, it includes maps from the following editions:

Assault Commander Ultimate was featured as New & Noteworthy app in Board, Strategy categories.

Features:
24 single player missions in 3 campaigns with days of gameplay.
8 hotseat maps to play with a friend on the same device or to play against the computer.
Network games through Game Center.
20 unit types including infantry, tanks, artillery, ships and other units of modern warfare.
8 building types including factories and resource collectors.
Advanced AI.
No ads.
Three difficulty levels for single player maps.
Realistic sounds and great soundtracks.
Tactical map by pinch and zoom on the screen.
Game Center leaderboards.
Works in all device orientations.
Save and load games from Main Menu, autosave.

Some user comments from previous editions of Assault Commander series:

Rmattbill: "I really can't recommend this game strongly enough. It's enormously entertaining."
Jayjayjayjaynay: "Great game. Played through whole thing twice, and still entertained."
PatK.: "Overall, I think this is a very impressive strategy game for the iPod touch."
rooterscooter: "If you like turn based hex strategy games, I highly recommend this game."

Thanks for your continuous support and reviews.
Join us on Facebook: https://facebook.com/vtdevapps

Find out what users think of Assault Commander Ultimate by reading the reviews and checking the rating.