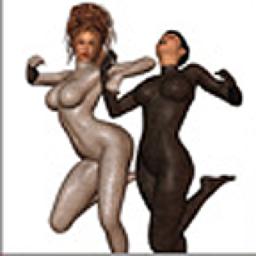 Check out the download rank history for Battle Babes® in United States.

Rank History shows how popular Battle Babes® is in the , and how that’s changed over time. You can track the performance of Battle Babes® every hour of every day across different countries, categories and devices.

Beginning a series of the fiercest fighting females on the iPhone, Battle Babes showcases the most ambitious fighting girls ever imagined.

Featuring the first 2 fighters of this original 6 girl battle set!

Introducing:
Frioella™ - The orphaned Ice Princess and sole rightful heir to the faded glory of the ice planet of Friostias.

Aqualuna™ - mistress of the tides and sole wielder of the living forces of the aquatic. She really hates people who freeze the water.

6 pulse pounding tracks of Battle Babes backbeat!
6 distinct battle environments from the home worlds of all 6 Battle Babes!
6 gorgeous battle animations per Babe, with more attacks to follow!
Get to know our first two Battle Babes today and be on the lookout for their gorgeous frienemies coming soon.

Find out what users think of Battle Babes® by reading the reviews and checking the rating.