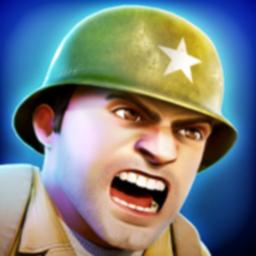 This app is available in 3 stores.
Sign up and discover them

Check out the download rank history for Battle Islands in United States.
Rank History shows how popular Battle Islands is in the iOS app store, and how that’s changed over time. You can track the performance of Battle Islands every hour of every day across different countries, categories and devices.
Download Rank - iPhone - United States
Last WeekThis Week
No rank data for last week
This weeks data is available for free after registration.
To see this weeks data up to the last hour.
Sign Up for Free

Battle for supremacy in this epic WWII combat strategy game!

It’s 1942, and deep in the South Pacific your platoon of crack troops land on a tropical island.
Can you defeat enemy forces and hold your ground to fight another day?

FEATURES
- Build and prepare your base for enemy attacks from players around the world
- Invade enemy islands to take as many supplies as possible
- Deploy unique troops from air, land, and sea to claim victory
- Tackle challenging Campaign battles to improve your fighting skills
- Band together and fight alongside your comrades in exciting Alliance Warfare

IT'S TIME FOR BATTLE, SOLDIER!

Join our community at www.facebook.com/BattleIslandsGame

Battle Islands was not featured in iOS in United States on Aug 19, 2018.

Find out what users think of Battle Islands by reading the reviews and checking the rating.
4.0
6,932 ratings
Most awesome game ever
Can you make a ww1 version of this please
Fix the bugs before I delete his game!
It&#39;s a fun game but I’m getting tired of seeing that I got attacked and loss but when I see the replay (if it will even show me the replay, this is annoying as well) it shows the other person losing. It also shows me losing nearly double the money than I actually lost in the battle. Starting to seem like the game is taking from you so that you will spend real money to get back where you were. Get this fixed! It’s happened 7 times now.
I love the game but another problem
I love paying this game but I want to also play Battle Ages and then when I want to download it it says “not available in your country or region” and Im really mad about that so please make it available in North America.
Great game, one request
I only have two requests, first being heroes for air and sea and land, instead of only land. For sea maybe a big battleship with greater range, damage, and health than warships. Or an aircraft carrier that has a air wing personalized by the player but incapable of launching bombers and escort fighters, and the carrier itself be a favorite target of enemy torpedo bombers, but the carrier armed with anti aircraft guns and be able to keep some fighters around for CAP (Combat Air Patrol). in air maybe a Tuskegee airman or (my personal favorite) a flying tiger in a p-40 instead of the p-51. Of course these will also be able to defend against attacks too. My second request is between campaign levels, first you have to defeat the defending navy in a complete ocean map, then establish air supremacy in a map that looks like it’s far above the island being attacked, then do the regular invasion of the island itself. I know this is a lot to ask, but I truly think this will change the game for the better, by a lot. I hope you consider my thoughts. Thank you.
Love
I love this game but think the gerrison has four tents so it should have for men able to come