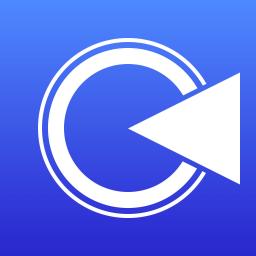 Check out the download rank history for CameraVision in United States.

Rank History shows how popular CameraVision is in the iOS, and how that’s changed over time. You can track the performance of CameraVision every hour of every day across different countries, categories and devices.

"CameraVision" outputs the images of the built-in camera and the corresponding sounds from the built-in microphone to an external device such as a projector or a TV monitor. This application can be used similar to a "document camera (overhead projector)" or a "live camera" to project documents, objects, people or scenes onto a large screen. In addition, showing a still image from Photo Albums is possible. A dock/Lighting-connector adapter/cable can be used and the wireless transfer to Apple TV (AirPlay) is also supported.

The following adapters/cables are supported:

This application has the functions listed below. You can set them up easily using the buttons on the screen.

* These functions depend on devices and adapter/cables used.
* Please unplug and then plug your dock adapter/cable if no image is shown on the external display properly.
* Microphone input can be sent to an external speaker via HDMI, Composite or Component cable with the camera image. It can be sent wirelessly to Apple TV (AirPlay). When using a VGA cable, plug an audio cable to iPhone's headphone jack.
* To work with Apple TV, tap the home button twice, then go to the leftmost page, tap the AirPlay button, select your Apple TV and turn on mirroring.

Find out what users think of CameraVision by reading the reviews and checking the rating.