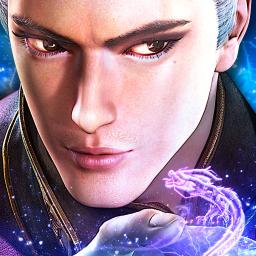 Check out the download rank history for Condor Heroes in United States.
Rank History shows how popular Condor Heroes is in the iOS app store, and how that’s changed over time. You can track the performance of Condor Heroes every hour of every day across different countries, categories and devices.
Download Rank - iOS - United States
Last WeekThis Week
No rank data for last week
This weeks data is available for free after registration.
To see this weeks data up to the last hour.
Sign Up for Free

《Condor Heroes》is a masterpiece of 3D MMORPG Mobile Games with the competitive PK as the core, own the license and adapted from Jin Yong's martial arts classic masterpiece, complete restore the novel plot.
Powered by the Era second-generation engine, which presents the brilliant 3D graphics, gorgeous effect and fantasy scene, support for hundreds of people on the screen. At the same time, brings a cool visual feast and also let the fighting blow to burst out.

【Game Feature】
——Restore the original story——
《Condor Heroes》 highly restores the original of storylines. While playing the games, except experience the cool fighting of the game, also can enjoy the complete novel story.
——Recruit the world, interact with more friend——
Whether it is the nobody in the novel or the Five Masters in the original book, you can recruit them for your use.
——Era second-generation engine——
《Condor Heroes》is powered by using the second-generation Era engine which developed by the perfect world. The dynamic changes such as day and night shift and climate change are smooth and natural. Perfectly presented the world of martial art.
——Freedom setup the classic martial art——
《Condor Heroes》 has a professional martial arts system. Players can freely study dozens of classic martial arts which available in Jin Yong's novels. In the game, martial arts includes two modes of practice: Outer Strength and Inner Strength, with over a dozen combinations of the outer and inner skill, players will be able to freely combine more than 100 combo skill.

——ACT control mode——
Based on MMO multiplayer online interactive features, 《Condor Heroes》 will highlight the ACT combo into the combat system, to create a unique new MMORPG fighting style. Dodge before and after the attack, catch, mobility and other fighting skills, players will have more operating space. Based on the ACT feature mode, players can also hit the enemies floated in the air, then chase the enemies with a variety of skill to create cool combos.

Condor Heroes was not featured in iOS in United States on Jul 04, 2018.

However, featured in 1 other countries,
and probably even more in the past.
No keywords has been found...

Find out what users think of Condor Heroes by reading the reviews and checking the rating.
3.8
22 ratings
Awesome
Awesome game! I played for a few minutes and I love it . Although I am wondering are the characters and possibly storyline based on the 2017 Condor Heroes?
Need major improvement
Graphics is so bad
Character
I love this game except one ,We need the delete hero system . Please make it I will rate it 5 star
FIX YOUR GAME
When I accept a quest, it repeats dialogue over and over again when I click on it and accept it. It goes for about three times before it finally registers. Same goes with equipping items. I click to equip equipment but it doesn’t register UNTIL you go into your bag and click on it again and then all of a sudden, it registers. You really think I’m going to spend my money on this app when the mechanics are annoying? The graphics are amazing, but the mechanics? STILL NEEDS WORK. I hope you will fix it. I’ll download it again when the mechanics are fixed. I hope you take everything that the CUSTOMERS are saying into heart and you will look into it because this game HAS potential.
Stop complaining about graphics
This is a phone game not a pc game so if u in games for the graphics then stop playing games cause there is more to games then graphics