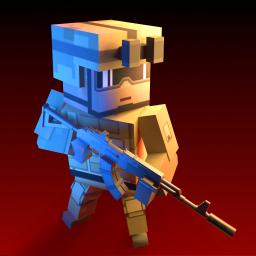 Dead in the Box

Check out the download rank history for Dead in the Box in United States.

Rank History shows how popular Dead in the Box is in the iOS, and how that’s changed over time. You can track the performance of Dead in the Box every hour of every day across different countries, categories and devices.

The war against the dead has begun. Dead in the Box is a pivotal military operation to secure a zombie-infested city. You are a member of an elite military team that will blast through the dead until the zombies are annihilated, and the city is secure. You will carry out missions to defend assets, gather supplies, provide sniper support and above all, hunt and kill the zombies.

In this thrilling zombie shooter, you are armed with guns and melee weapons, tech, and armor, to help you survive the hordes of dead swarming this city. To become the ultimate zombie destroyer, you will need all of your tactical training and military skills to fight the dead in 7 unique environments.

Customize your equipment and weapons to play any style you want. Hunt the dead as a heavy machine gunner, a stealth zombie sniper, a super fast ninja, a machete zombie hunter, an axe murderer, a samurai zombie fighter, and more.

If you are tired of standing in one place shooting at waves of zombies, then this is the game for you. Dead in the Box is a free-movement first person shooter (FPS).

Find out what users think of Dead in the Box by reading the reviews and checking the rating.