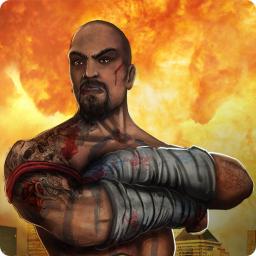 After getting huge success on other mobile platforms with over 5 million downloads, Deadly Fight has finally come to Apple Store. Deadly Fight is one of the top best and advances combat fighting game of the year. The deadly fight has magnificence graphics with, martial arts, karate combo moves it comes with best visual and sound effects hope you will enjoy it. Combat fighting action pack with more the 20 character of different fighting styles like karate, mortal combat, street boxing, martial arts and much more. It's a free and top-ranked Multiplayer game for you, now you can fight with friends on the same network. In the Deadly Fight game, every thing is unlocked and free lots of fighter with new fighting moves kick, punches, super power moves, and special combo moves. If you want to recall your childhood arcade action memory then this deadly fight game is for you. Experience on of the best fighting game on Store.

Find out what users think of Deadly Fight: Fighting Games by reading the reviews and checking the rating.