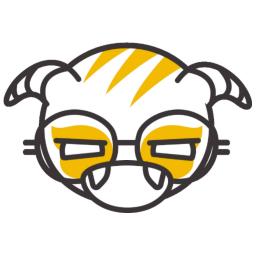 Check out the download rank history for Dokk OS in United States.
Rank History shows how popular Dokk OS is in the iOS app store, and how that’s changed over time. You can track the performance of Dokk OS every hour of every day across different countries, categories and devices.
Download Rank - iPhone - United States
Last WeekThis Week
No rank data for last week
This weeks data is available for free after registration.
To see this weeks data up to the last hour.
Sign Up for Free

A functional and visually accurate manifestation of Dokk OS, a theoretical operating system featured in a popular video game. This app was developed by popular demand after wide success on other operating systems.

This app allows users to "page" (prompt an animation to play on receiving devices) nearby devices that also have the app open, safely simulating the function of Dokk OS for the purposes of: casual fun, competitive themed airsoft, cosplaying, making fan films, and any other similar activities.

Upon launch, the app automatically begins finding and connecting to nearby devices that also have the app open. These connections (if any) will be listed in the central area of the user interface. The user can highlight these devices to select them as recipients for paging.
When a user presses the "page" button (the tall one located on the righthand side), the highlighted devices will open and play an animation until the screen is tapped three times quickly. If the middle-top checkbox is checked, it will also play the animation on the sending user's device. The app will not connect to or communicate with other devices that do not also have the app installed and open.
Pressing the "cams" button (the other enabled button on the righthand side) will run another short animation only on that device.
The left and right switches along the top are only for visual accuracy and do not hold any relevance to the functionality of the app.

Find out what users think of Dokk OS by reading the reviews and checking the rating.
3.8
495 ratings
I don’t get it
Nothing never pops up it just blank
Very cool app, but needs work
I honestly forget how I found out about this app but once I knew I was able to get it, I downloaded it right away. However when using it when you call yourself or other people at least on iPhone there is only a super short vibration and no noise. I do really enjoy this app but I feel like it needs improvements. Thank you.
Idk
I mean this is a good app but me and my cuz just bout the game and we can’t connect I have a I phone he has a galaxy and I have done every thing I could but we still couldn’t connect and me an I phone user only have 1 thing I can do I can buzz myself and that’s it idk why but we really wanted to play this game and it wouldn’t let us idk plz help
I love this app...but
This app is great and works just fine, but it doesn’t get my full five stars because it has half the features and functionality of the android version
Needs fixed
I love this app but, there’s one problem it doesn’t let me see any other iOS devices or my own for some reason. I don’t know if this is only a problem with me or other people too. Well thanks if you read this