Check out the download rank history for Fat Card in United States.
Rank History shows how popular Fat Card is in the iOS app store, and how that’s changed over time. You can track the performance of Fat Card every hour of every day across different countries, categories and devices.
Download Rank - iPhone - United States
Last WeekThis Week
No rank data for last week
This weeks data is available for free after registration.
To see this weeks data up to the last hour.
Sign Up for Free

Card suits do not play a role in this game, and there is no ranking order. A trick is won by the last player to play a card of the same rank as the card led. 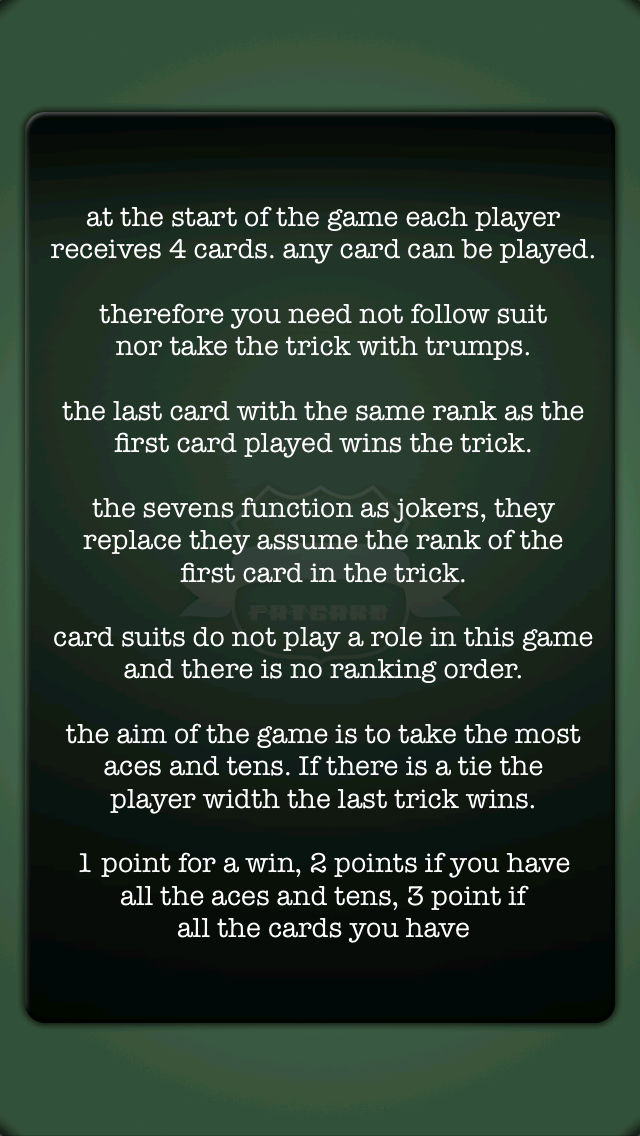 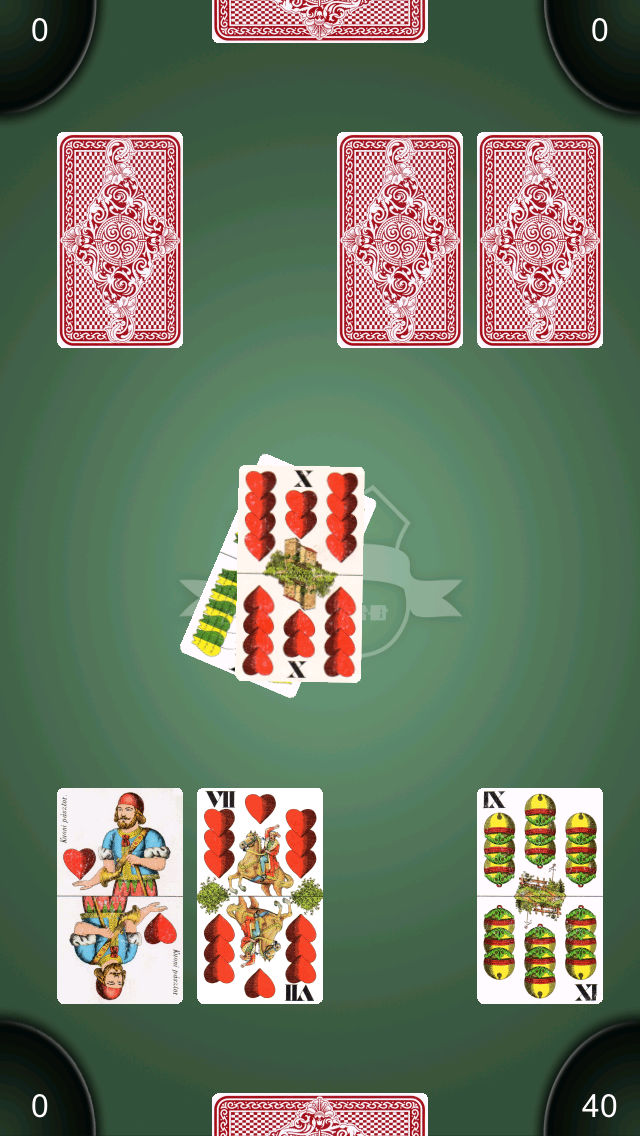 Card suits do not play a role in this game, and there is no ranking order. A trick is won by the last player to play a card of the same rank as the card led.

What words do people use when trying to find an app?
The right keywords can help an app to get discovered more often, and increase downloads and revenue. App Annie tracks millions of keywords so you can get more downloads for your app, and understand what keywords your competitors are using.
No ratings for this app...
Super!!
This is the game of my childhood, I even teach my nephew who is now 11 how to play it!! I'm from Romania so for all my Romanian people this is the real septica romaneasca! Love love love it! Great quality! Thank you!!
Jár az 5 csillag
Gyermekkoromban imádtam zsírozni, és ez az app most lehetővé tette, hogy újra átéljem eme fantasztikus kártyajáték örömeit. Köszönöm!