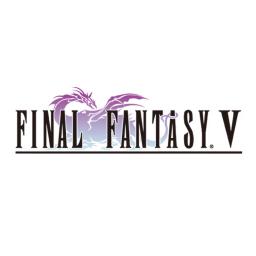 Check out the download rank history for FINAL FANTASY V in United States.

Rank History shows how popular FINAL FANTASY V is in the iOS, and how that’s changed over time. You can track the performance of FINAL FANTASY V every hour of every day across different countries, categories and devices.

Return to the classic medieval tale of magic, monsters and friendship with FINAL FANTASY V!

Twenty years after the original FINAL FANTASY V released in Japan, the classic RPG has found its way to mobile devices!

Embark on an epic adventure as four heroes driven together by fate: Bartz and his chocobo companion, Princess Lenna of Castle Tycoon, the mysterious Galuf, and the pirate captain Faris. The crystals that bring peace and prosperity to the world – earth, water, fire, and wind – have lost their power and are on the verge of destruction.

•Customize characters with an unprecedented degree of freedom with the job and ability system – 26 unique job classes!

•Veteran character designer Kazuko Shibuya has returned to recreate the characters and graphics for a completely enhanced mobile experience!

•This new version also includes “The Sealed Temple” from the 2006 release, as well as the Tetsuya Nomura-designed optional boss Enuo, and an extraordinary soundtrack

•Game Center support and plenty of achievements to be earned.

Find out what users think of FINAL FANTASY V by reading the reviews and checking the rating.

First I’m going to say FF5 is my favorite of the old school Final Fantasy games. The graphics looked nice but the game had no sound. All other audio features on my phone are working perfectly. Checked settings to be on the safe side and volume is all the way up and nothing. Deleted the game 😔It baffles me that FF5 would be released on an alternate system for phones, but not made available for download on the 3DS or Switch 🤯Seriously!?Most of the reason for my low rating is out of frustration and in protest of the game not being available on a regular system that is both more easily accessible and more reliable.

Final Fantasy V is my favorite game in the series on iOS for primarily two reasons. The first is that it feels like a polished release. By that, I mean that none of the changes made to convert to touch screen in a different aspect ratio seem lazy. That, and it’s fully supported with cloud saves and the like.The second reason it’s my favorite is because there’s no counterintuitive process for being the best you can be. If you level all your jobs, you won’t be penalised for doing so with lacklustre stats because you gained levels with this job or that. Too many other games in the series require some variation of a low level challenge till endgame to reach the same ideal outcome. That’s not really my thing.