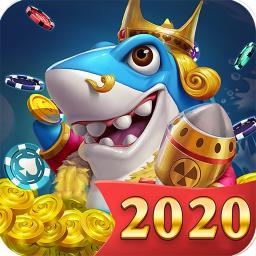 Find out what users think of Fishing Casino - Ocean King by reading the reviews and checking the rating.
4.8
491 ratings
Lies you have to pay to play
Game is straight trash.full of micro transactions to do pretty much anything.starts out free to play but you quickly run out of coins and get barely any to play for a few minutes.levels are locked behind a paywall aswell as almost everything.it be cheaper to play this game at chucky cheese,Dave n busters,or just find an alternative version that doesn’t require actual monetary funds,other than that delete the game entirely and whipe cloud data if you wanna have fun and restart.otherwise your stuck signing in daily for a few minutes of coins anddddddds....their gone.deleted.
Game developers
Your game charged me twice for the same thing I want my money back how can I contact y’all it not much it’s just the principle it was 4.99
Good
Good games
Game
Game hay
It’s ok to sorts
Fun at first however after a leveling the first game becomes locked.the next game eats your coins really fast and the third game is worse and is locked behind a paywall to buy a purse just to participate sigh.fun game for a bit then you run outta coins and can’t do anything.Edit:ran out of coins,makes game worthless unless you spend real money.once again a fun game ruined by greed.edit:Can delete completely and restart,that’s about it.pay to play after a certain amount of time.payouts don’t equate enough for how much you spend shooting to take down fish.some reason some fish are invincible thus making it pointless to shoot

Avid.ly
Do you want to learn more about Avid.ly?
Sign Up for Free