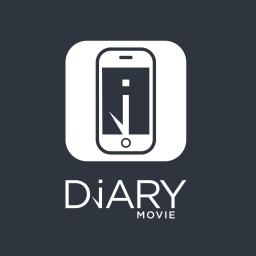 Check out the download rank history for Movie Diary in United States.

Rank History shows how popular Movie Diary is in the iOS, and how that’s changed over time. You can track the performance of Movie Diary every hour of every day across different countries, categories and devices.

Find out what users think of Movie Diary by reading the reviews and checking the rating.

Waste of time and does not benefit you at all.

When I first saw that there was opportunity with this app, I got pretty excited. I thought it was almost impossible to have an app such as this. Of course I knew in order to keep a low profile they had to have a crappy setup, but it’s so low to the point where it gets frustrating.First, it’s almost impossible to make an account. It doesn’t have other options to change the language, and it’s stuck in Italian. It only has a variety of other regions and even after you change them they are not including the United States. It does not let you sign in with Facebook nor Twitter though it comes off as it might. I regret to inform you that none of those things works. Second, since I absolutely hate this app and it has no potential, I will admit that it is illegal. And so that it hasn’t benefited anyone, I feel in a certain right to say so. So, cutting to the chase, this is a horrible app, and not worth the time.