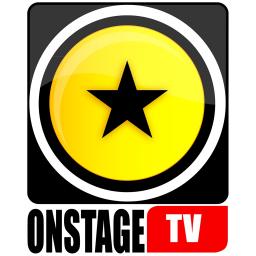 Check out the download rank history for Onstage TV in United States.
Rank History shows how popular Onstage TV is in the iOS app store, and how that’s changed over time. You can track the performance of Onstage TV every hour of every day across different countries, categories and devices.
Download Rank - iOS - United States
Last WeekThis Week
No rank data for last week
This weeks data is available for free after registration.
To see this weeks data up to the last hour.
Sign Up for Free

Jamaica’s premier entertainment television show
Onstage TV is the new app from Caribbean Entertainment Productions (OnstageTV) -owned and operated by Winford Williams. ONSTAGE...Jamaica’s # 1 Entertainment Television Magazine, is where exciting stories of celebrities and their artistic achievements are told. The show that covers the spectrum of Jamaican entertainment, delving into the history, successes, failures and lifestyles of local and international exponents. Week after week viewers of the award winning Onstage are taken inside the biggest stories in entertainment news, reviews, previews; the biggest events in the arts, before an exciting, intense and in-depth interview with a leading entertainment personality.

Born in Rural St Andrew, Winford Williams’s career in media spans almost twenty years. Winford entered the scene in 1991 as a Sales Executive at Power 106 FM and within a year became an outstanding contributor in, not just Sales and Marketing but also in the area of content creation and production for the new radio station. In 1994, as a result of his extraordinary achievement at Power 106, Winford accepted an offer to join CVM TV where he continued his ground breaking career in Media Marketing and Production. Being a new station CVM had ample room for innovations. Williams’ unwavering passion for music, affinity for Jamaican culture, and aptitude for Entertainment productions was immediately put work in positioning the one year old TV network as “The Entertainment Choice of Jamaican Television”.

After making his initial contributions to television programming as a Producer/Presenter in a 30 minute concept called “Vibes”, in 1997 Williams developed a program that would become a cohesive component of Jamaica’s Pop Culture and history, a one hour concept we have all come to know as, “Onstage”. Shows such as “Hitlist” and “The Party” are just two of the other hit TV programmes for which he has the distinct accreditation's of Creator and Executive Producer.

Find out what users think of Onstage TV by reading the reviews and checking the rating.
5.0
20 ratings
Great app
Great app and a great idea. Keep up the good work and continue to develop the app .
Gratitude
Excellent platform and really reliable app.
Finally!
Is a long time me a wait fe did!!! Respect Winford!
The best platform for reggae & dancehall
Winford Williams Real General
upmobi.xyz！！raise downloads by 10 times
Looking for combine promotion games/apps, we can provide ASO service, daily installs can reach 1000+. visit us at: upmobi.xyz, Every one can get a test promtoin fot 3 days now!