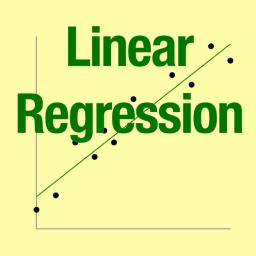 Check out the download rank history for Quick Linear Regression in United States.

The computational routine involves trying to fit a straight line between a scatter plot of X-Y coordinates such that the sum of the squared differences between each dependent outcome, Yi, and the line computed at each Xi is minimized. This is the so-called "ordinary least squares (OLS)" estimator.

R-squared, often called the "coefficient of determination," expresses the "goodness of fit" of the line to the scatter plot. It ranges from 0, no fit whatever, to 1, which is a perfect relationship where all the points in the plot fit along the straight line.

Find out what users think of Quick Linear Regression by reading the reviews and checking the rating.