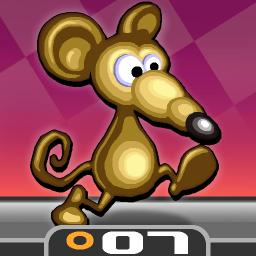 Rat On The Run

Check out the download rank history for Rat On The Run in United States.

Rank History shows how popular Rat On The Run is in the iOS, and how that’s changed over time. You can track the performance of Rat On The Run every hour of every day across different countries, categories and devices.

Help Ratty get FATTENED UP for the winter in this hilarious platform game, the very first and original game in the "Rat on" series!

Ratty has just found the house of his dreams - full of cheese blocks and snacks.
There's just one problem. The floors are full of slimy blobs, mean spiders and other baddies who try to stop Ratty from getting the goodies.

Includes the bonus game RAT ON A SCOOTER.

Find out what users think of Rat On The Run by reading the reviews and checking the rating.