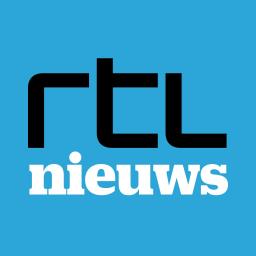 Check out the download rank history for RTL Nieuws in United States.
Rank History shows how popular RTL Nieuws is in the iOS app store, and how that’s changed over time. You can track the performance of RTL Nieuws every hour of every day across different countries, categories and devices.
Download Rank - iOS - United States
Last WeekThis Week
No rank data for last week
This weeks data is available for free after registration.
To see this weeks data up to the last hour.
Sign Up for Free

However, featured in 129 other countries,
and probably even more in the past.
rtl ryl rtl 102.5 b news رایتل

Find out what users think of RTL Nieuws by reading the reviews and checking the rating.
3.3
9 ratings
Great Dutch news app - if you speak the language, download it!
As I am learning Dutch and can read it now fairly well I wanted a news app to be able to get news while practicing language skills. I chose this one and am super pleased with it.- it’s free, no subscription necessary, unlike many other Dutch sources, like newspaper apps, which want you to buy a premium... but you can’t by credit card, only bank account in the Netherlands and local phone number. So useless for foreigners, like DeTelegraaf app. RTL on the other hand is totally free.- they don’t spam with many alerts but are super fast with the important ones. The day I’m writing this a major security accident happened in Paris. RTL had a breaking news alert as the first app. Also they got the details right, which some apps could not do even 2h later. My German news app (I use ZDF) was late 15 minutes, France24 over half an hour (ironic that one) and English speaking apps were late almost an hour. So RTL’s speed is impressive.- the app is clear, easy to use, does not crash. No technical issues in the current version.Overall I rarely write reviews, much less so very long and positive ones, but this app I really like and I found the 3 stars out of just 6 reviews mostly of previous versions deeply unfair, so I decided to review the current version.
Finaly!
Dutch RTL news had finally a update so everything looks much better on a iPhone X display. Only on a iPad Pro (12.5inch) some articles with a picture have problems showing the text underneath it.