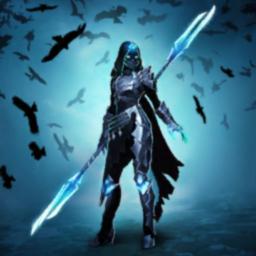 Check out the download rank history for Shadow Fight in United States.

Rank History shows how popular Shadow Fight is in the iOS, and how that’s changed over time. You can track the performance of Shadow Fight every hour of every day across different countries, categories and devices.

Shadow Fighter is an excelent action games, an excellent fighting games. This is also one of the best offline Role-playing game (RPG)
Shadow Fighter will bring you through series levels with amazing experiences.
There are series of zombie battle and monster battle in levels. In each level, you will experience a fierce battle. In this, you will be hero to fight the dark forces: zombies, monsters. Your skill will be upgraded after each level
In this fighting games, you can use a variety of weapons, equipments to attack enemies.
There are five different heroes characters for your choosing.
After every 5 levels there is a powerfull monster boss, to destroy this enemy, requires you to be clever, skillful... This battle will give you the fun feeling and wonderful feeling.

Find out what users think of Shadow Fight by reading the reviews and checking the rating.