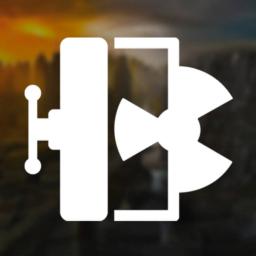 Check out the download rank history for Shelter in United States.

Rank History shows how popular Shelter is in the iOS, and how that’s changed over time. You can track the performance of Shelter every hour of every day across different countries, categories and devices.

You’re about to face a tough moral choice, to use eloquence to prove your necessity.

The world is in danger. Fortunately, you were lucky enough to be near the shelter. You and a dozen other people you don’t know. The shelter can only accommodate half of the total amount. It’s up to all of us to decide who will stay outside. Will your team survive the impending threat?

Each player receives information about the apocalypse, the shelter, and about oneself. Convince others, reveal your strengths, and try to hide the negative. Remember, your goal is to survive.

Each session will feel different. Build the best team and try to survive the catastrophe.

Rules:
- After the disaster on Earth, people seek shelter in the Shelter. However, the number of places is limited: only half can make it to the Shelter. Rest will remain outside and die.
- Point of the game is to gather people that can work together and assure each other`s survival in the Shelter.
- You will play the role of a random character that has a set of traits: profession, health, age, gender, hobbies, phobias, additional skills and human qualities. You will also receive two additional 'knowledge' and 'action' cards that can be used in your favour at any moment of the game.
- At the start of the first round all of the players have to reveal their profession.
- Each following round players reveal one of the characteristics at a time and explain why are they needed in the Shelter.
- At the end of every round, starting from second, players will have to vote for the most useless one, who then is ejected and no longer participates in discussion or voting.
- Game finishes when only half of the players are left.

Find out what users think of Shelter by reading the reviews and checking the rating.