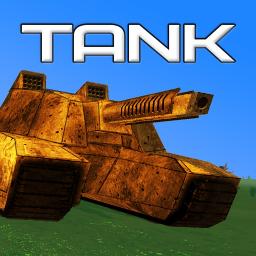 Tank battles of the future against smart AI!

Enjoy tank wars in this awesome 3D iron tank combat game!
The battles of the future are coming! Select your tank and direct it into a deadly combat against dangerous enemies on a planets in distant parts of the space. Jump straight into the action and start battling immediately against dangerous AI enemies. Making them burn one by one as you fight your way through intense tank battle missions. Fight in epic skirmishes where you attack enemy tanks, bases, convoys and protect your own. Earn money for each battle and upgrade destructive powers and skin of your combat iron tank or buy a new one! Select a type of the missions on your own.

Your armed combat iron tank is ready and waiting for battle! Act now! Become the best! Victory will come!

Find out what users think of Tank Combat : Offline Battles by reading the reviews and checking the rating.