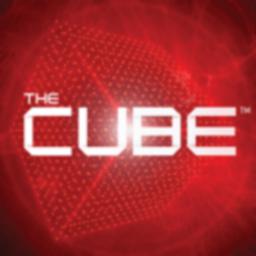 This app is available in 3 stores.
Sign up and discover them

Check out the download rank history for The Cube in United States.
Rank History shows how popular The Cube is in the iOS app store, and how that’s changed over time. You can track the performance of The Cube every hour of every day across different countries, categories and devices.
Download Rank - iPhone - United States
Last WeekThis Week
No rank data for last week
This weeks data is available for free after registration.
To see this weeks data up to the last hour.
Sign Up for Free

Do you have what it takes to beat the Cube? To find out, test your skills in this easy to pick up - hard to put down - recreation of the smash hit TV show. Featuring 22 popular challenges presented in a fully 3D environment, you too can feel what it's like inside the Cube. A further 12 challenges are available via in-app purchase.

Hear the heart pounding music, effects and experience the voice of the Cube in Challenge Mode or hone your skills and compare your stats with other users in Practice Mode.

This unique, intelligent and engaging universal app is compatible with iPhone and iPad. Buy once, play on both.

However, featured in 1 other countries,
and probably even more in the past.
the cube cube challenge ltv theone tv tv shows game tv gameshow tv show game international game

What words do people use when trying to find an app?
The right keywords can help an app to get discovered more often, and increase downloads and revenue. App Annie tracks millions of keywords so you can get more downloads for your app, and understand what keywords your competitors are using.
No ratings for this app...
This is great!
As an avid gameshow fan, I love the cube. I downloaded this app and was surprised to see it was still up, even after not being updated in 4 years, suprisingly, an update came out! Great to see the developers still acknowledging the product!
Fun For It’s Time
I’m honestly surprised, this is a decent recreation of the show. But this app was developed in 2011.
It’s almost like the show
It’s a fun app to play but it’s missing the host of the show and maybe a video of the game being played to get a good look on the challenge your facing and on the show I watch on YouTube they show the money you win above the cube, other than that it’s still fun to play
Great, but on the edge.
I absolutely love this game and how alike the game is to the show, but I have a few issues, I wish it was up to date in design with the show, along with that the games, I also wish that the transitions were a little more smooth, like maybe if the money appears above the cube like it does in the show, another thing is if it showed what the simplify does and if you could, the cool transitions they do in the show for them, and finally this is a little one, I wish the graphics were a little better of maybe the cube size, the audience,the in cube balls, and finally, the hologram designs on the cube, if you fix these small issues I would absolutely rate 5 stars
good game
nice game and stays to show. however I have lost in app purchases and they won't restore. no way to contact developers.