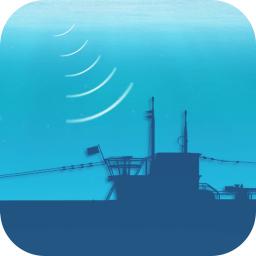 Check out the download rank history for U-Boat Commander II in United States.

The war has begun and it’s your job to command a submarine and turn the tides of battle. Take control of one of several submarines including the VIIC, VIIB, Type II or IX. Play through 15 thrilling missions of the German campaign. U-Boat Commander II brings back the arcade style gameplay of the original U-Boat Commander with many new features. Enter periscope mode to time your attack and zoom in on the enemy while at the surface. Rack up points by sinking enemy ships. A new alert system warns you of approaching destroyers so you know when to dive. Underwater mode has been further enhanced with new stealth elements such as a meter for hull pressure and a visual representation of the sonar of destroyers. Missions now can include submarine to submarine combat. Act fast to avoid depth charges from destroyers and torpedo attacks from enemy submarines. The addition of a leaderboard, achievements, as well as several free play options allows for high replayability.

15 additional missions are available for purchase as a pack that encompass UK, Japan, and US campaigns. The campaigns include new submarines such as the USS Trigger, the USSR Dekabrist or the I-19 and in the UK campaign, a special mission allows you to act as a destroyer with the goal of sinking enemy submarines that are underwater.

- Play through 15 exciting missions of the German campaign, which encompass various submarines and enemy ships and submarine vs. submarine combat.
- Includes both easy mode with faster reload times and higher speed for submarines and hard mode in which submarines move at a realistic rate, enemy sonar is more powerful and torpedoes are slower to reload.
- Immerse yourself with realistic ocean wave graphics and a dynamic weather system that adds depth to the battles.
- Trigger periscope mode while at the surface to aim and fire torpedoes for accuracy and realism. Sink enemy ships to gain points. Different ships have different point values. Achieve a high score to pass missions.
- Destroyers can lock on to your position during missions and force you to dive. Avoid enemy fire while underwater and watch out for water pressure on the hull of your vessel!
- Features high-quality submarine and boat models.
- Incorporates both a simple arcade style control system as well as many realistic submarine warfare elements.
- Different game options to play. Play through intense campaign missions or jump into Quick Battle mode for skirmish battles in three variations – Wolfpack, Narrow Escape or Submarine vs. Submarine combat.
- Choose from a variety of submarines for different experiences in battle.
- Gain crew experience by successfully completing missions using the same submarine.
- Higher crew experience improves the reload speed and maneuverability of a submarine, but the crew experience will decline if a submarine is lost.
- Earn medals through Game Center for using each submarine and by completing certain goals in hard campaign mode
- Mission scores in campaign mode that are completed on hard mode count towards your overall score on the leaderboard in Game Center. Compete worldwide to be the ultimate U-Boat Commander!

Find out what users think of U-Boat Commander II by reading the reviews and checking the rating.