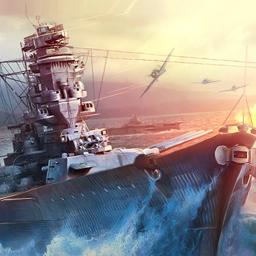 Thrilling news for the over 60 million fans of Gunship Battle!
Take the battle to the seas in WARSHIP BATTLE, a 3D warship action game, with missions inspired by the historic naval clashes of World War II.
From the USS Arizona to the HMS Bulldog, take control of authentic World War II era vessels and steer them through epic naval battles to glorious victory!

This game is free to play, but you can choose to pay real money for special in-game items.

Find out what users think of WARSHIP BATTLE:3D World War II by reading the reviews and checking the rating.

Upmobi focus on Appstore promotion over 5 years!Visit us on: upmob.xyz(com),you could follow us on SKYPE: Apple Master( live:.cid.6306bf897c7485a7 )!Provide 5 star rating/review/keyword installs for all countries on both AppStore and PlayStore! Everyone can get a free bonus now!

I need some help!

I need some help trying to pass episode 27, stage 1, can you please take away the time limit, please I will rate it 5 stars if you take the time limit away.

It’s great until I reached chapter 3

Well it was so great cuz I had 2 ships that cost gold and I need cash for another ship, but when I finished the first level of episode 11 I start loosing money, I went to fight bosses but nothing just no money, I don’t know if it’s a major bug or just normal stuff that happens in the game

I love this game😊

This game is good