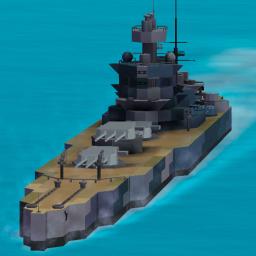 Check out the download rank history for Warship Craft in United States.
Rank History shows how popular Warship Craft is in the iOS app store, and how that’s changed over time. You can track the performance of Warship Craft every hour of every day across different countries, categories and devices.
Download Rank - iPhone - United States
Last WeekThis Week
No rank data for last week
This weeks data is available for free after registration.
To see this weeks data up to the last hour.
Sign Up for Free

* Realistic Physics Engine
Your Warship's performance in buoyancy, speed, durability against attacks, all depends on the parts you use. Performance is realistically simulated.

* Realtime Multi-Play
In "Battle" mode, compete against other Warships via Game Center. You will be competing against Warships from around the world.

Warship Craft was not featured in iOS in United States on Jun 20, 2018.