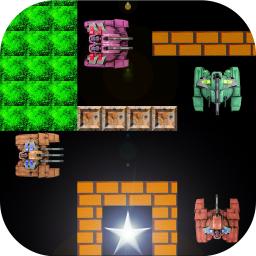 Check out the download rank history for Super Tank Battle in United States.

Rank History shows how popular Super Tank Battle is in the Mac, and how that’s changed over time. You can track the performance of Super Tank Battle every hour of every day across different countries, categories and devices.

There are 5 different difficulty levels (from easy to crazy). It should meet different people need.

Game Rule:
- Defence your base, and destroy all enemy tanks.
- If your tank or your base is destroyed, it will be game over.

Features:
- have 500 Maps can be played ( Super Cool! )
- helper tank, it is like a 2nd player to help you
- special items in game
- classical tank battle game's style
- 20 enemy tanks per map
- Support 2 Players mode

Find out what users think of Super Tank Battle by reading the reviews and checking the rating.