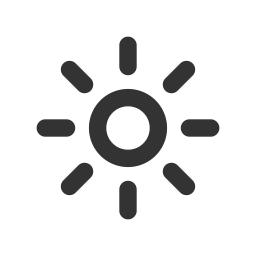 Check out the download rank history for Dimmer in United States.

Rank History shows how popular Dimmer is in the Mac, and how that’s changed over time. You can track the performance of Dimmer every hour of every day across different countries, categories and devices.

The no-nonsense screen dimmer for Mac. Download. Launch. Your screens are dimmed.

Dimmer is a pretty good screen dimmer I wrote for myself and use every day. If you are looking for a straightforward, elegant screen dimmer with intuitive multi-monitor support, you won’t find a better one. Here are some facts about it:

Dimmer reduces the display brightness by scaling the video signal. This point is important. Rather than putting a semi-transparent (computationally expensive) mask over your entire display, Dimmer intervenes at the last possible stage in the graphics pipeline by adapting a video operation that is performed anyway. As a result, there is zero overhead; dimming does not consume any memory, CPU time, or graphics resources.

Quoting from a customer review: “Dimmer is, by far, the best screen dimmer, maybe even the only one written correctly, by controlling the intensity of the video signal.”

Photographers will appreciate that Dimmer scrupulously respects each display’s color profile. It does not introduce a tinge or hue.

Dimmer is totally self-contained, no installation required. After downloading, you just launch the app. It will apply dimming and show a small settings window, see the attached screenshots. Use this window to tailor Dimmer to your tastes. Don’t be fooled by its simplicity, a lot of thought and effort went into achieving it.

You can dim the built-in display and as many external displays as you like; each gets its own slider in its respective menu bar. A pair of global hot keys change the brightness of the display which contains the mouse pointer. So to adjust the brightness of a display, use its slider, or simply move the pointer onto that display and press the global hot keys, no mouse click required. Both the sliders and the hot keys are compatible with full-screen mode, you always stay in whatever app you are using.

You can also allow Dimmer to continue dimming in the background after you quit the app. This gets the app out of the way, while dimming stays active and responsive to both hot key and slider input.

One caveat: Dimmer is incompatible with f.lux. I suggest (and personally use) macOS’s built-in Night Shift feature instead.

For a detailed description of Dimmer and all of its features, please have a look at Dimmer’s Help page on the support website.

Find out what users think of Dimmer by reading the reviews and checking the rating.