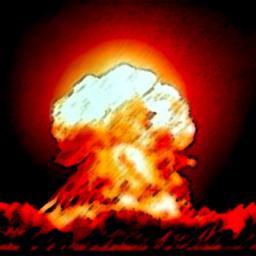 Check out the download rank history for Doomed Freedom in United States.

Rank History shows how popular Doomed Freedom is in the Mac, and how that’s changed over time. You can track the performance of Doomed Freedom every hour of every day across different countries, categories and devices.

INTRODUCTORY PRICE – 50% OFF LIMITED TIME ONLY

iTunes and MAC APP Store reviews of our DOOM themed games (Doom’s Knight, Doomed Heretic, and Doomed Freedom) :-
“great game”
“AWESOME!!”
“Unbelievable!!”
“Love it...”
“Cool”
“Fun throwback game”
“awesome game, good for fans of DOOM”
“Perfect game to play while on the airplane.”
“Wow! It has all the shooter actions that I remember.”
“I'm impressed! High marks!”
“it's a great fun doom game”
“Great Game for the Mac and a MUST for all DOOM gamers.”
“This game has better graphics than the original with new updated monsters that we have all grown to love. Great game for all the DOOM gamers out there. Look forward to trying the other DOOM games available from MOALAB LLC.”
“If your a fan of doom then you'll definitely want to get this game.”

To see more levels and new games, make sure to leave reviews and five star ratings…

You’ve been punitively posted to Mars after assaulting your commanding officer, who ordered your unit to fire upon civilians. The Martian marine base acts as security for AGM corporation (AGM), a multi-planetary conglomerate, which is performing secret experiments with teleportation by creating gateways between the two moons of Mars, Phobos and Deimos.

Phobos is considered by space marines to be the dullest assignment imaginable: "with no action for eighty million miles, your day consisted of suckin' sand and watchin' flicks in the rec room." This all changes when the AGM experiments go horribly wrong.

Computer systems on Phobos malfunction, Deimos disappears entirely, and "something fragging evil" starts pouring out of the gateway, killing or possessing all AGM personnel. Responding to a frantic distress call from the overrun scientists, the Martian marine unit is quickly sent to Phobos to investigate, where you’re left to guard the hangar with only a pistol while the rest of the group proceeds inside. Over the course of the next few hours, you hear assorted garbled radio messages, gunfire, and screams, followed by silence: "Seems your buddies are dead…or WORSE…"

As the last man standing, your mission is to fight through the entire onslaught of demonic enemies by yourself in order to keep them from attacking Earth.

Q: How to switch weapons?
A: Press a number on the keyboard.

Q: How to open the door, call the elevator, push the button?
A: Get close to the door, elevator, or button then tap on screen.

Find out what users think of Doomed Freedom by reading the reviews and checking the rating.