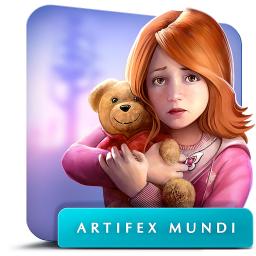 Enigmatis 2: The Mists of Ravenwood

Check out the download rank history for Enigmatis 2: The Mists of Ravenwood in United States.

"The game is perfect in every way" - AllAboutCasualGame.com 5/5
"Adventuring so good you’ll get a little misty-eyed" - Gamezebo.com 4.5/5

FANTASTIC HIDDEN OBJECT PUZZLE ADVENTURE GAME FROM THE CREATORS OF ENIGMATIS AND GRIM LEGENDS!
Enigmatis: The Mists of Ravenwood is the sequel to the smash hit Enigmatis: The Ghost of Maple Creek. It is a detective story rich with horror, plot twists, and shadowy intrigue.

A year has passed since the events of Maple Creek. But for the past few months, our detective has been hot on the trail of the demonic preacher she fought one year ago. Yet he has managed to always stay one step ahead.

She hoped to bring an end to the chase in the redwood forests of Northern California. But like so many times before, the trail went cold…

Then she encountered an abandoned camper in the middle of the highway. Enormous claw marks scored the roof and the lost family’s personal belongings were scattered everywhere. All signs pointed to the scene being fresh.

And all clues led into nearby Ravenwood Park…

Walking through the park gates, the detective feels the weight of invisible eyes watching. Sinister shadows lurk behind the park’s enchanting scenery and the wary glances of its overly-polite employees. Is this place connected to Maple Creek, and the preacher?

Who is the mysterious prisoner she meets on the forest path – someone stalking her every move, or a possible ally? Is she merely a puppet being used in forces from outside our world, or will she finally resolve the evil events that began one year before?

• 55 stunning, hand drawn locations and graphics with many animated details
• Exciting detective story rich with horror elements and plot twists
• Atmospheric soundtrack
• Picturesque setting of Ravenwood Park
• Evidence Board: draw conclusions based on evidence and clues
• 36 achievements to unlock
• 30 collectibles (butterflies) to find
• Bonus Adventure: “The Redeemed Memories” is a prequel to the main one. Witness the origins of Ravenwood Park, and rescue your friends from the evil dwelling within.

Find out what users think of Enigmatis 2: The Mists of Ravenwood by reading the reviews and checking the rating.