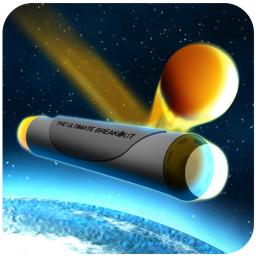 Check out the download rank history for Krypton Egg in United States.

Rank History shows how popular Krypton Egg is in the Mac, and how that’s changed over time. You can track the performance of Krypton Egg every hour of every day across different countries, categories and devices.

Krypton Egg is an excellent breakout game back from the 90’s and now available on Mac.

Officially licensed by DotEmu, Krypton Egg was described as the best Breakout game in the world by the French magazine PC Loisirs when it first came out in 1989.

Krypton Egg is not like another breakout where you just need to bounce the ball to destroy bricks. After a few levels you will have to manage dozen of balls at a time by taking advantages of the creative power-ups all over the screen.

During bonus levels, Krypton Egg even turns into a Shooting style mode providing you the challenge to defeat horde of enemies and bosses. Game Over? You can still restart from any level you have cleared. But will you be able to hit the highscores?

With 60 levels +12 bonus levels and 30 power-ups Krypton Egg will definitely keep you hooked from the beginning to the end. Grab it now for your Mac computer !

You can go up to the 72nd level proposed by this game, but before that, you will have to prepare yourself in order to become the perfect shooter.
Above all, do not be scared if dozens of balls are coming up at the same time, up to then everything seems fine. Calm and self-control are the necessary qualities to play this game.

Thanks to its wonderful colors, special effects, but also its dynamic musics, Krypton Egg will seduce all the breakout lovers but also delight all gamers which are looking for the ultimate breakout adventure.

Find out what users think of Krypton Egg by reading the reviews and checking the rating.