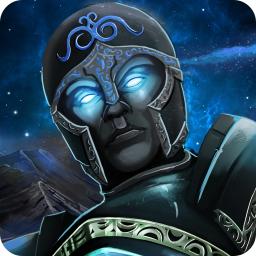 Check out the download rank history for Lords of Xulima in United States.

Rank History shows how popular Lords of Xulima is in the Mac, and how that’s changed over time. You can track the performance of Lords of Xulima every hour of every day across different countries, categories and devices.

Lords of Xulima is an original Fantasy RPG set on the mythical continent of Xulima, where Gods and humans once walked side by side. Become the Herald of the Gods and travel to an uncharted land to fulfill your mission of restoring balance in the known world.

More than 100 hours of authentic Role-Playing Experience
In Lords of Xulima, we do not hold your hand through the journey. We have created a world of diverse regions that are as vibrant with life as they are fraught with danger; from the alluring Golden Woods, through the Great Desert of Pernitia, to the daunting icy peaks of Karraga. You are free to explore and choose which path to follow, but be careful about where the adventure takes you. Your success or failure in Lords of Xulima all depends on your strategies and ability lead your customized party. Immerse yourself in the playability and depth of old school classics, presented through modern visuals and a user-friendly interface.

Legend has it that many years ago, people lived in peace on the great continent of Rodinia; a peace that would not last. Soon, the Great War broke out, dragging every kingdom and village down an endless spiral of ruin and desolation. The people prayed for salvation from the Nine Gods, whose unreachable homeland lay beyond the Great Sea, on the forbidden continent of Xulima.

Eventually, the conflict came to a point where it threatened to ruin all creation. Thus Golot, Lord of Works and Dreams, appeared to Gaulen, a seasoned Explorer who lived on a remote island off the coast of Rodinia. The Lord of Works appointed Gaulen to be his Herald on Earth and to set sail for Xulima, so that balance could be restored to the world. Thus begins the adventure of our young protagonist.

Create your group of characters
Create and customize five characters to accompany Gaulen on your journey. With 9 character classes and over 100 useful skills, the possibilities are endless. Each group will be unique. Who will you decide to take with you? Choose among familiar classes such as the Mage, Cleric, Barbarian, Soldier, Thief, Bard and Paladin or try out the Arcane Soldier and Divine Summoner. Develop your characters’ abilities to suit your play style as they gain experience and grow stronger to face the trials ahead.

Strategic, fluid, turn-based combat
Discover an addictive combat system. Over 100 unique types of enemies roam the wilds of Xulima , each capable of posing their own kinds of threats to your divine mission. There are thousands of possible strategies to lead the group to victory, including the use of scrolls and divine blessings. Will you be able to match the strength of Nilfonte, the Ocean Titan? Or survive an encounter with Xabraluz, the Demon King of Vilak?

Find out what users think of Lords of Xulima by reading the reviews and checking the rating.