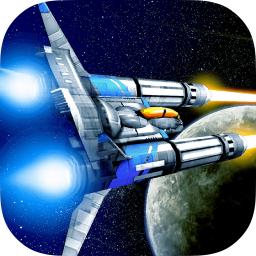 Check out the download rank history for No Gravity in United States.

Rank History shows how popular No Gravity is in the Mac, and how that’s changed over time. You can track the performance of No Gravity every hour of every day across different countries, categories and devices.

Have a look at some of the features you get when you download No Gravity:
• Incredible, fast-paced, non-stop action
• Full frame rate
• Massive explosions and damages
• Play in first or third person view
• Select from 5 characters and 5 space ships
• Each ship available in 4 different colors
• Choose from 6 different, awesome weapons
• 31 mission levels to play
• 2 difficulty modes to test your skills
• High definition, 3D engine optimized for the Mac with Metal.
• USB and MFi game controllers support
• Touchbar support.
• Immersive audio with OpenAL multichannel and ASA Extension support

Find out what users think of No Gravity by reading the reviews and checking the rating.