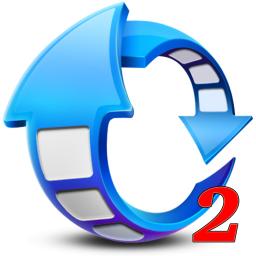 Check out the download rank history for Swift Converter 2 in United States.

Rank History shows how popular Swift Converter 2 is in the Mac, and how that’s changed over time. You can track the performance of Swift Converter 2 every hour of every day across different countries, categories and devices.

Main Features:
1. Various import formats and output formats supported. Convert any formats to your apple device.
2. With Swift Converter you can do simple editing. including Split you video or audio,Trimming ,Cropping, Adding watermark...
3. Intuitive and easy settings of output formats.
4. video to video,video to audio,audio to audio. easily extract and convert the audio content from video formats.
5. A player included to previewing your video or audio before convert process, also you can use it as a useful player , create snapshots and so on.
6. Multi Thread of converting tasks. Batch process converting.
7. sync to iTunes when converting finished.

● What's the differences between "Swift Converter" and "Swift Converter 2":
For historical reasons, there are two apps with different names on the Appstore at the same time, But with the purchase mechanism of the apps has changed to subscription based since the major release 4.0, There is no differences between the apps. So you can purchase any of the app and enjoy all features and updates.

Find out what users think of Swift Converter 2 by reading the reviews and checking the rating.