Q&A with Stillfront – the importance of focus, knowledge sharing and a little bit of failure

Junde Yu, GM of Gaming at App Annie, had the pleasure of interviewing Alexis Bonte, COO of Stillfront Games (pictured below), during the Nordic Games Conference, who kindly shared the secrets of building a 16-studio $3.7 billion gaming giant. 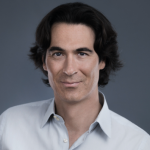 When Alexis Bonte looks for companies to acquire, he has one unusual criterion: he wants them to have failed at something.

One of the world's fastest growing mobile games companies, the Swedish group offers around 40 titles from 16 game studios' portfolio. It's thriving. So why do they seek out some evidence of 'failure' in the game studios?

The answer is to do with humility. Stillfront only buys profitable game studios with a record of success. However, it also wants to make sure that they still have the desire to learn and grow.

"We like the teams to have been through highs and lows," says Alexis. "That's key for us. Because with failure comes humility and the capacity to listen. This is very important when you join a family where a lot of the acceleration is based on exchanging knowledge and experience."

Well, the approach is working. In November 2020, Stillfront reported record earnings. Net revenues were up by 99 per cent in the quarter, and the company’s market cap has surged to more than $3.7 billion this year.

The above insight was just one to emerge in my fascinating conversation with Alexis. Here are eight more takeaways...

Mobile gaming is predictable and sustainable

Stillfront is a public company, so Alexis knows that many investors have a perception that gaming is hit-driven and risky. They're wrong, he says. "We've spent a long time educating the market that this is not really the case with free-to-play games. You can have games that operate for several years with very predictable revenues. And if you have a wide portfolio of games, then you have a very strong base to grow a company."

Stillfront has specific criteria for its strategy in the gaming market. It only buys profitable private game studios that have evergreen titles in genres that are growing their audience bases.

According to Alexis, App Annie's market data estimates help Stillfront find companies that match these requirements. "App Annie is a great tool for doing quick checks to our pipeline. We can look at the company and say, OK are its games trending upwards? Are they stable? And we can set alerts to see when a studio gets to the level where we should look at it."

As Stillfront’s portfolio has grown, so has its addressable audience. Alexis says that for a long time the group’s most popular title was Empire: Four Kingdoms – a classic 4X strategy game.

Today, the number 1 is Property Brothers Home Design – which is popular with female gamers. App Annie's data showed that female focused games were on the rise in terms of downloads and revenue, and helped Stillfront understand the preferred genres and subgenres of this audience. "If you want to be a significant games company, you have to address all the player bases out there,” he says. “The female audience is absolutely huge. So that was the key driver for us to expand into match 3 and casual genres. Now, as a group, we have more female players than male players." 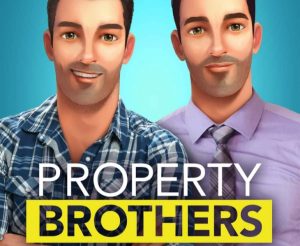 In a wide portfolio, individual teams can focus on what they are good at...

Alexis Bonte used to run his own studio. He recalls how hard it was for his team to branch out and make a different type of game. This is why Stillfront prefers to acquire companies with skills in specific genres rather than diversify from within. "We can say to our studios: take your time, focus on what you're really good at...and be part of a wider family that can address the different verticals."

...But a wide portfolio also gives teams the chance to learn from each other

Specialization is important. However, Stillfront is careful to encourage a culture of collaboration between studios too. Alexis says: "The day a studio wants to try something new, it can learn from the other studios what's working, and what isn't. It can potentially use their engines and so on."

"This knowledge exchange is really our magic sauce. Our business development and tech guys have a common Slack channel to swap knowledge. The game designers, same thing. Seeing all the numbers gives us a huge edge."

Stillfront focus on governance and keeps its reporting to a minimum

Alexis believes strongly in letting studios focus on making great games, rather than management issues. That's why their monthly business reviews last just 45 minutes. The meetings always start with one slide which lists the highs and lows of the past 30 days. "This gives us all the context we need," says Alexis. "I actually think that (other than what is required for financial governance) we ask for less reporting than a VC would."

With a free-to-play mobile game, you do 90 percent of the work post launch

Some investors state there are no barriers to entry with mobile games. It's why they tend to favour triple A console titles with huge budgets and hundreds of developers working on established franchises. Alexis believes this analysis is not accurate. In fact, he says, making and sustaining a top 200 mobile game demands huge commitment. The difference is that most of this effort comes post-launch – maintaining the community and adding new games features.

He says: "Anything that builds community in your game is very important for your long time retention: things like alliances and competition. Basically, things that make your game become a hobby and put some social glue in it."

Consolidation is growing: the top 50 studios could buy the next 250

Alexis believes power and revenue are already skewed towards the biggest companies in the mobile games space. He thinks the gap will get wider in future – mostly because of consolidation.

He says: "If you look at the numbers on App Annie, I think there are around 250 studios that are not in the top 50 but are making over $10 million in app revenues without counting ads. I think the top 50 are going to acquire this group. And the studios that remain will consolidate each other. So I think there's going to be a reduction in the total number of players."

Learn even more about Stillfront's growth strategy in our recent fireside chat with Alexis Bonte during the Nordic Games Conference.