In our blog featuring The Top 52  most innovative and successful publishers from around the world, Asia-headquartered publishers dominate the list, making up more than half (27) of The Top 52, including five of the top ten ranks. The United States had the most top publishers of any country, with 17.

In addition, we also looked at publishers based in Southeast Asia that are driving success worldwide via app downloads and saw a diverse group from Vietnam, Indonesia and Singapore in the Top 10 list. These publishers are leading the mobile transformation journey by disrupting traditional brands and as they join the ranks of other more established global players to become household brands. 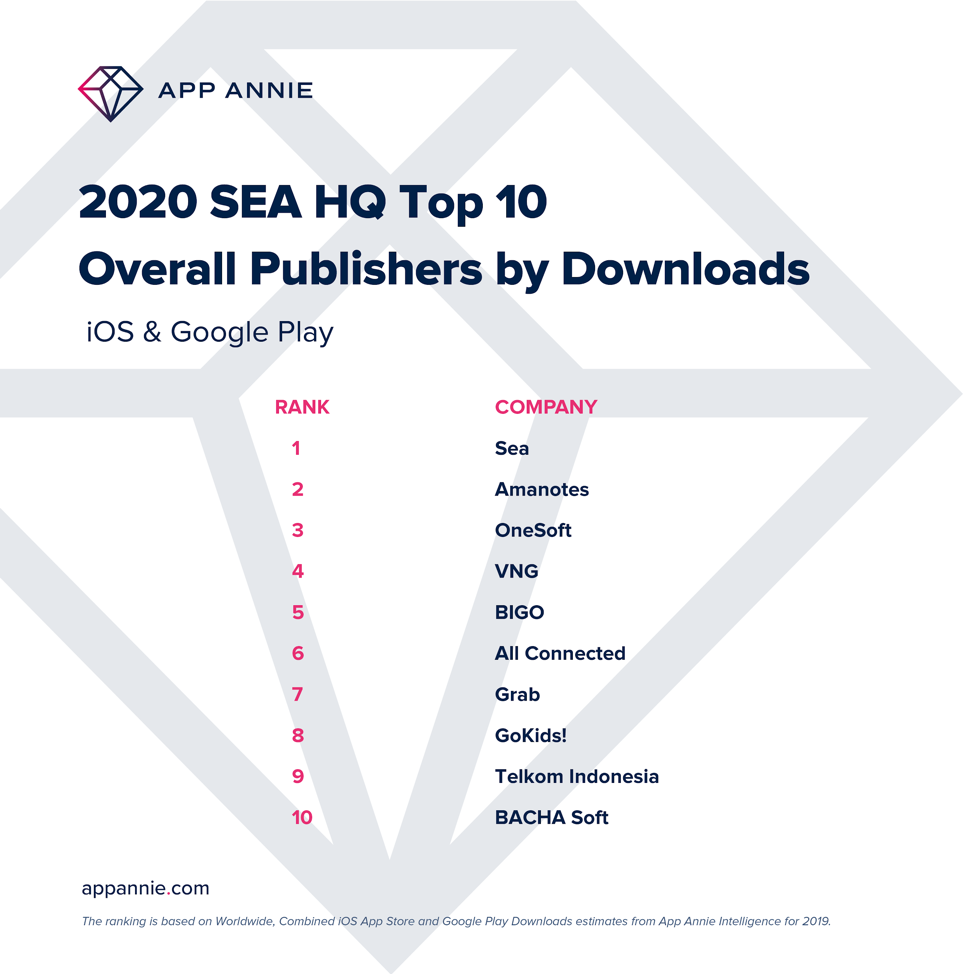 This year's TPA has come in at a crucial time when the worldwide economy is reeling from the shocks of Coronavirus. We have seen people turning to mobile for communications, productivity, entertainment and many other services.

What is apparent is that Southeast Asia is increasingly a mobile-first region and those looking to be successful in this region must launch mobile-first initiatives to win the hearts and minds of its users and to remain relevant in the new decade.

Typically, App Annie celebrates its winners with gala events. This year, due to coronavirus concerns, App Annie unveiled a Top Publisher Awards microsite that features top publisher announcements across countries, regions, and industries. It also features videos from App Annie executives and customers, and will be updated with new articles and videos over the next few weeks, showcasing winners and their tips for success.

Want to take your mobile strategy to the next level? To track downloads and revenue for the world’s top apps, and millions more, sign up for a free App Annie Intelligence account today.

*Methodology: The list is comprised of the top 52 mobile publishers by combined iOS and Google Play revenue estimates from January 1, 2019 to December 31, 2019. These rankings do not include revenue earned from in-app advertising, commerce, or payments outside of the app stores.