5 Proven Ways You Can Increase Retention for Your Games

Free-to-play (F2P) mobile games aren’t just digital games on the phone. You can’t copy what worked on consoles or computers and expect the same success. The content has to fit the medium, and mobile F2P games dictate a very specific approach: continual user retention in a game-as-a-service. For a mobile game to thrive and earn revenue it needs to be played several times a week — and better yet, several times a day — until a habit of playing is formed and game sessions become an integral part of a user’s routine.

User retention is one of the most important performance metrics, which can potentially keep a game running for decades and generate continual revenue. Recent studies show that big spenders (whales) take the longest to convert from free to paying users — 15 days on average.

We reached out to Dori Adar, a senior game designer with over 15 games shipped, who shared five game design hooks to keep players engaged and increase frequency of sessions.

Launch as Fast as Possible, and Get to the Point!

For users to return to your game, they have to experience and enjoy their first session. Users that are turned off in the beginning may never give the game a second chance.

Here are how to remedy some common launch mistakes:

Design is important to avoid obstacles and allow users to quickly experience the core gameplay.  Boom Beach is a great example of putting users right into the action. It takes three taps to get to the game’s essence: Start the game, build the first tower and watch the battle. 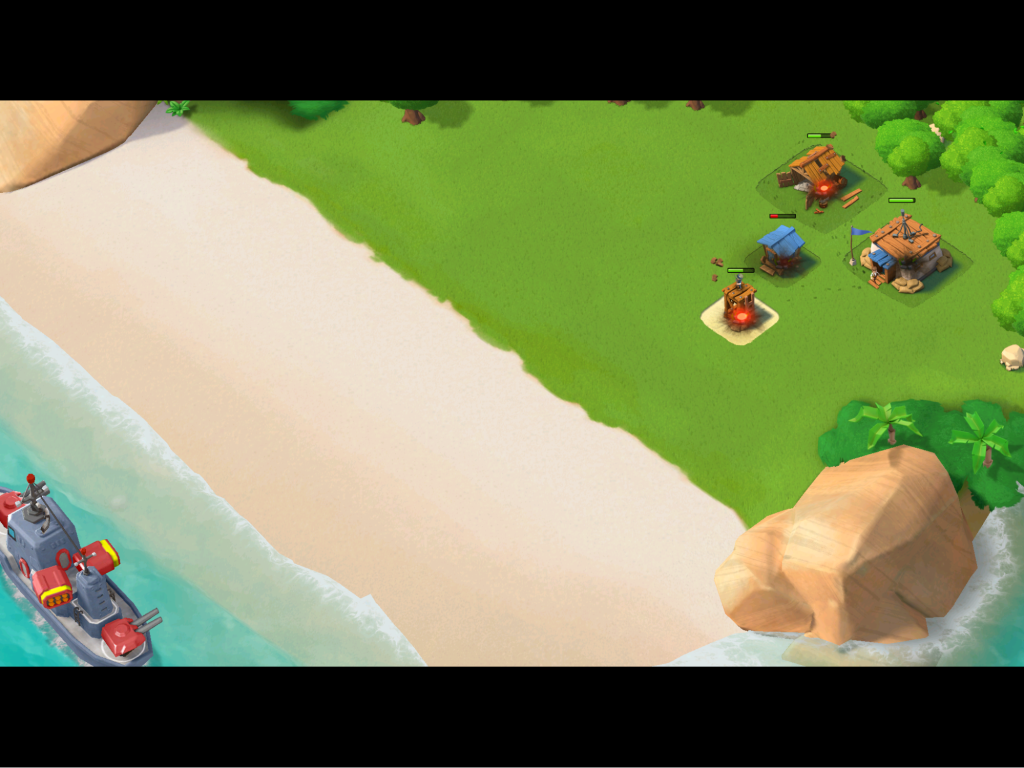 Boom Beach quickly gets new players into the action.

Generating curiosity is one of the best ways to keep players returning to a game. There are many ways to do that, but one of the most effective ways to create curiosity is to delay feedback.

Let’s take Covet Fashion, a social dress-up game, as an example. Players dress up for various fashion events like a movie premiere. After a quick shopping spree, mixing and matching fashion and critiques from friends, players submit their looks to the event.

Most games would give players feedback (scores or other ratings) right after submission. But since Covet Fashion is a social dress-up game and looks are being voted upon, players have to wait — sometimes up to a couple of days — until the final results are in. By the time they receive results, players are exploding with curiosity to see how well they did and what prizes they won.

From the game design perspective it is intuitive to provide feedback right after an action. But for a habit-forming goal, doing the opposite keeps users intrigued and wanting more.

The more time and money that a player has put into a game, the more likely they are to continue to play it. Research has shown that sometimes just a sense of progression can make people more committed to a process. Marketing researchers Joseph Nunes and Xavier Dredes performed an experiment on loyalty programs.

In the course of a month, 2 types of loyalty stamp cards were handed out in an A/B test. One card provided a free product after 8 previous purchases; the other gave the same free product after 10 purchases, with two stamps already marked. Although technically the same, the already stamped card saw a 50% higher completion rate. This translates to users who are more committed to a process that has already made some progress in it.

Back to games — there are plenty of ways to offer a sense of progression to players, even if they just started playing. Take Crossy Road as an example. Right after the first run players are given a free gift of 500 coins and a short three-minute timer starts for the next reward. With the gifted coins, players buy a “prize” — a new character. In no more than a minute after starting the game, players already have two characters in their new collection and can get a third in another three minutes. 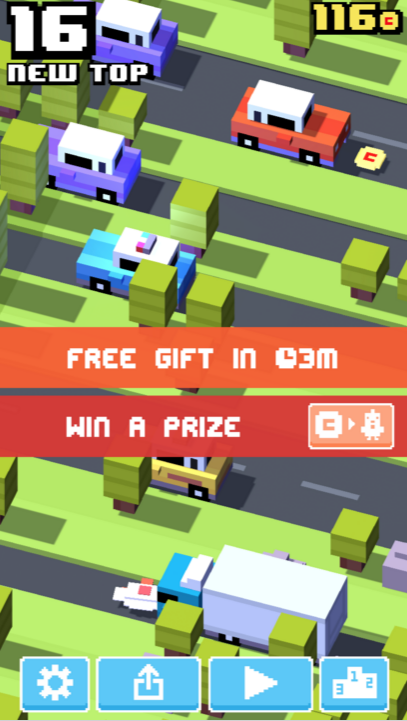 Throughout his career, Dori Adar found that socially engaged players are worth three times more than anonymous players. This makes it important to persuade your users to log in via Facebook.

According to the Bartle’s four player types, two players’ personas would benefit greatly from social features. The achievers — players who love competition — would be driven to engagement by leaderboards and zealousness in their friends’ progression. The social map and level leaderboard from Candy Crush Saga would appeal to them. 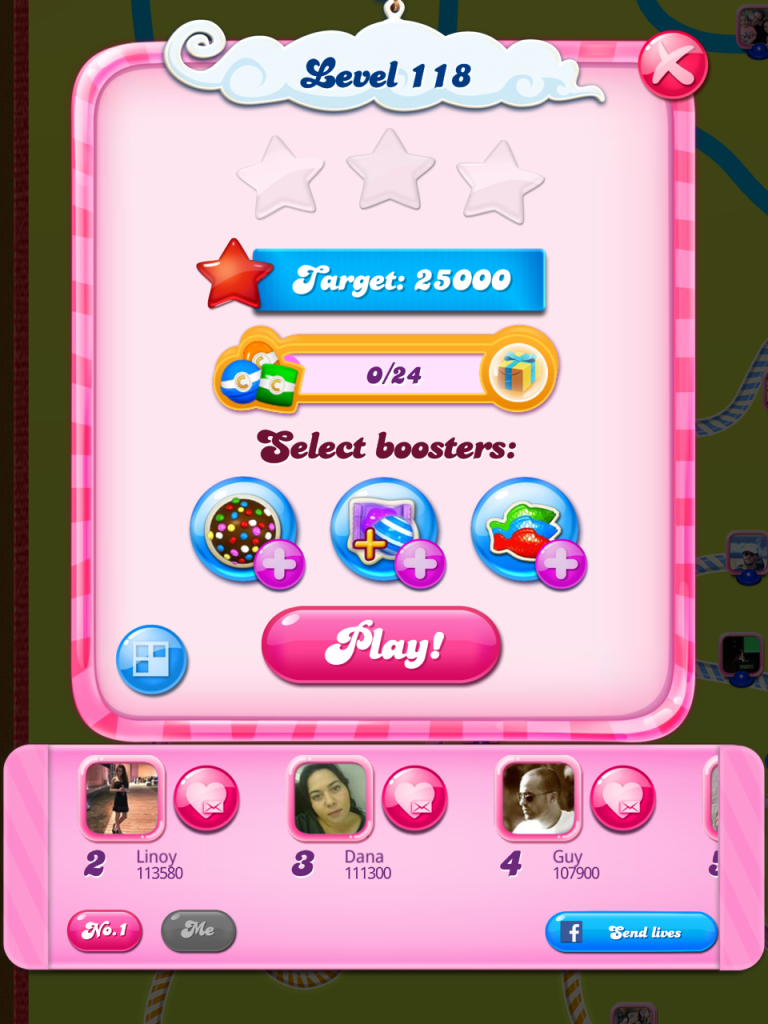 The socializer personas would enjoy co-op. When people work together toward a similar goal they tend to be more engaged, and committed groups have a higher retention than lonewolf users.

Take Covet Fashion, for example: The Fashion House feature is a clan of players working toward a common goal. Those in the same Fashion House can borrow clothes from one another and wear them to fashion events; members can also send looks for the group to review before submitting it to an event. Players who join a Fashion House have an enriched social experience and receive more perks than less engaged users.

Many users don’t organically return to a new game and might need a little convincing. Push notifications can be a great means to call users back to a game after they’ve left. Some games remind users to “Come back and play” or state “Your army hasn’t forgotten their leader!”.

Alas, this passive approach doesn’t always tap on users’ motivation to come back to a game. Even more effective push notifications come straight from the game’s core loop and call users to come back and continue great gameplay sessions.

In Kim Kardashian: Hollywood, the road to fame is paved with glamorous events that have a duration of a few hours. Without the use of in-app purchases (IAPs) to speed things up, these events would take more than one game session to complete. Ten minutes prior to an event’s conclusion, users get this notification: “Your (glamorous event) is over in 10! Get as many stars as you can!”

The message is highly effective for several reasons: 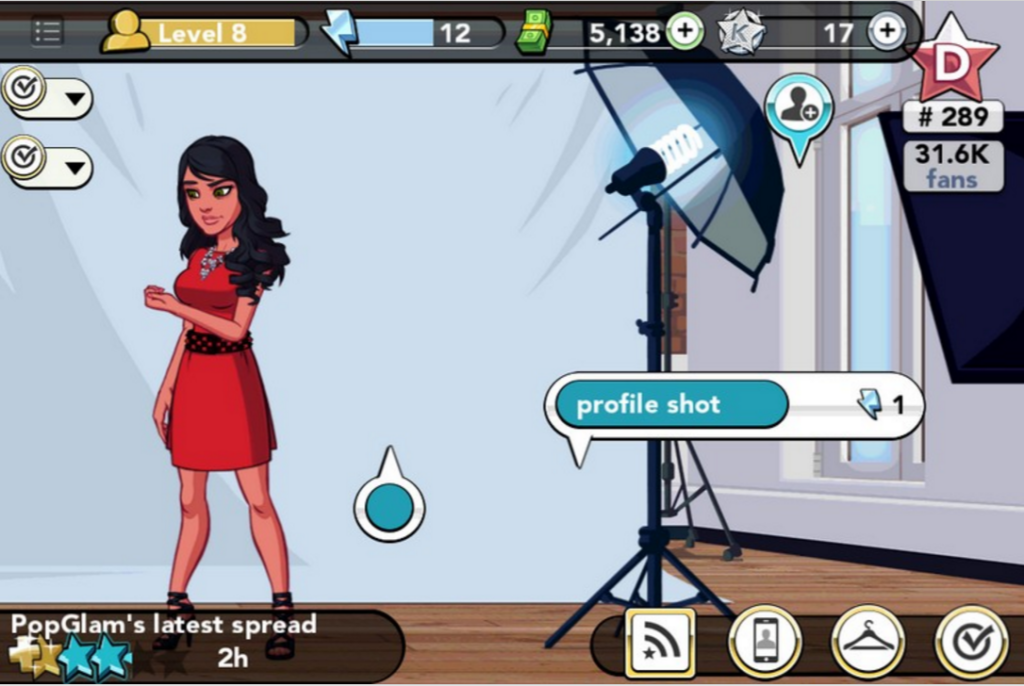 Another effective push notification scheme is one that fills a gap of knowledge, like “Your event results are in! Tap to see what you’ve won.”

Both notification schemes are a direct cause of player actions — and that’s what makes them so enticing.

F2P games should be designed for retention to maximize revenue and return of investment. This mindset is an integral part of mobile game design, not just a top layer mimicking a paid game.

Below is a recap of free mobile game tactics to increase user retention:

With these great hooks users will organically return time and time again. Quickly dedicated players are likely to convert to whales and boost revenue potential. Using Dori Adar’s design tips are key to turning a F2P game into a successful money magnet.