Monetizing the Next 2 Billion: Business Models for Emerging Markets

The scale of mobile has become a hot topic among technology investors, and rightfully so, with the mobile industry dwarfing the size of other technology sub-verticals. The smartphone installed base is quickly approaching 2 billion and may have already overtaken PCs. This is incredibly impressive given that the smartphone revolution only began in 2007, whereas the PC paradigm took hold decades ago.

But we aren’t close to being done yet. As prices for hardware and data plans continue to drop, the smartphone installed base is expected to exceed 4 billion within the next five years. Feature phone owners upgrading to their first smartphone are also likely to catalyze this growth. With billions of users set to experience the mobile internet for the first time, this is an extremely exciting time for the industry. But it also brings up some challenges as a majority of these users may have less disposable income and could be harder to monetize.

Market Group Performance Based on iOS and Google Play Data 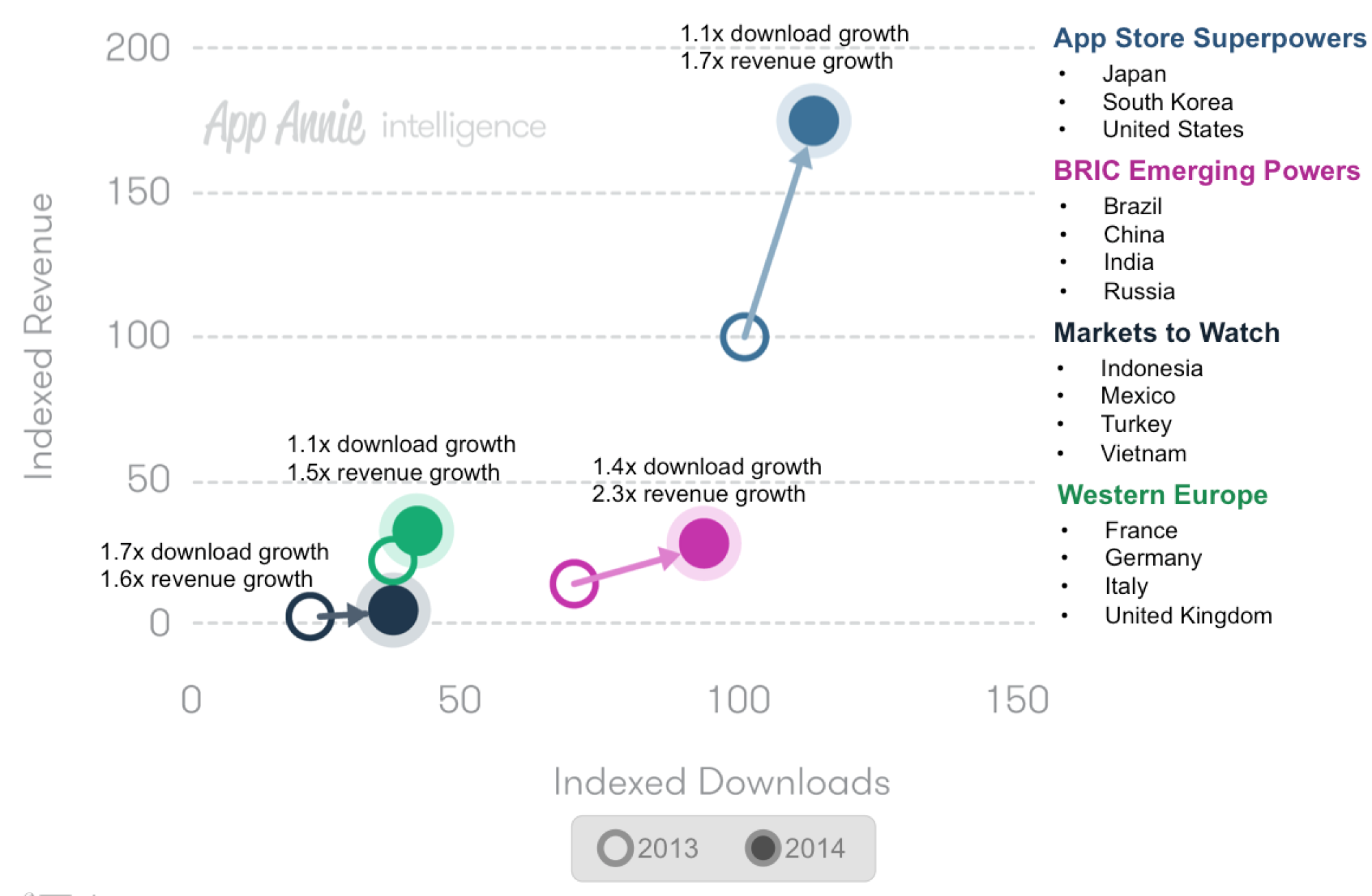 As we mentioned in our 2014 Retrospective, emerging markets have seen sharp growth in downloads but remain far behind developed markets like the US and Japan in revenue generated through iOS and Google Play.

The question then becomes how do you monetize users with lower disposable income? As we showed in the IDC-App Annie Monetization Report, existing monetization models have proven to be very effective for the current smartphone user base because of their purchasing power. However, the “next 2 billion” may pose the following challenges:

With these potential difficulties, developers will have to explore innovative business models that rely on volume to monetize. One example can be referred to as “crowdsourced by-products”. To implement this business model, companies start by developing a useful, engaging, and — most importantly — free app for consumers. The app acts as a crowdsourced labor pool that creates a by-product in exchange for the use of the app for free. That by-product can then be monetized by the company.

An example is Duolingo. The company’s business model relies on using its algorithm to convert user translation exercises into paid translations for customers like CNN and Buzzfeed. According to the company’s founder Luis von Ahn, these translations are of better quality than automated translations but are much cheaper than professional ones. By using this model, Duolingo has already been generating revenue from translations provided by 10% of its user base. This percentage is likely to grow as Duolingo’s user base expands and its algorithm continues to improve. With further improvement, its translations could become good enough for a much wider range of paying customers.

A variant of this business model has even made its way to cancer research. Play to Cure: Genes in Space looks like another space-themed arcade game, but it was actually developed by Cancer Research UK to help identify defects in real-world DNA microarray data. In just one month, data from in-game paths charted by thousands of gamers helped make 1.5 million DNA classifications. This saved 6 months of manual data analysis by cancer researchers and scientists. The results were so impressive that Cancer Research UK partnered with Channel 4 to launch another puzzle game called Reverse The Odds to help with research on bladder cancer. 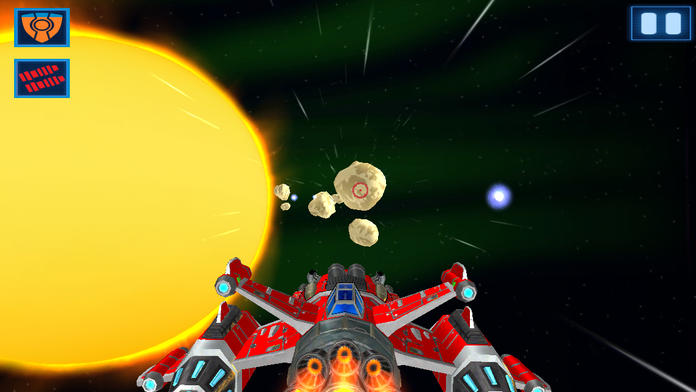 These apps rely on user engagement to monetize (or reduce cost) and the purchasing power of an individual user is no longer relevant, regardless of their income.  As a result, this business model could be an effective way to monetize users in emerging markets and those with lower disposable incomes.

As an investor, how do you assess the potential of such emerging business models? Tracking user engagement is one of the few ways to accurately evaluate apps that monetize off-store. This is where App Annie’s Usage Intelligence comes in. Usage Intelligence provides insight into active users, engagement and retention metrics for thousands of apps. Precise app usage estimates could prove to be a valuable resource in understanding companies targeting “the next 2 billion” consumers.